The Norwegian Ministry of Petroleum and Energy has opened the country’s 24th licensing round. 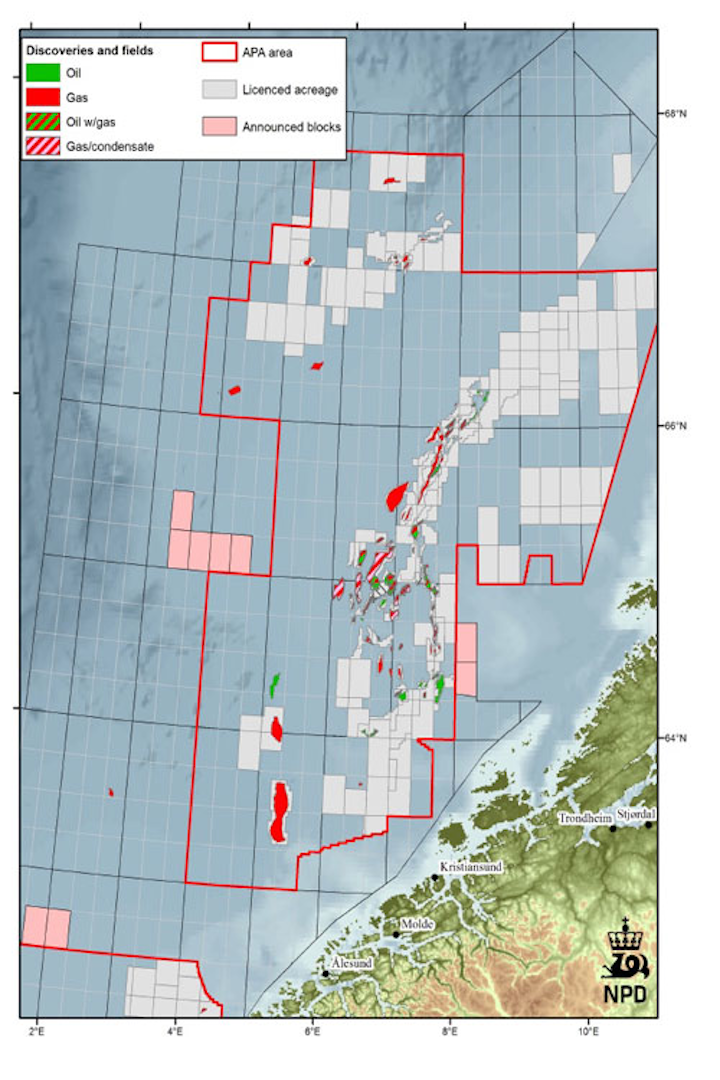 OSLO, Norway – The Norwegian Ministry of Petroleum and Energy has opened the country’s 24th licensing round.

On offer are 102 blocks, comprising 93 blocks in theBarents Sea and nine in the Norwegian Sea. The ministry aims to award production licenses during the first half of 2018.

“The announcement of the 24th licensing round is an important contribution to the value creation on theNorwegian continental shelf, and shows our commitment to the government’s petroleum policy.”

The ministry invited oil companies to nominate blocks for the round last August, and those offered are based on the nominations and evaluation by governmental authorities.