In June, StatoilHydro filed a new plan for development and operation (PDO) of the giant Troll field in the Norwegian North Sea. 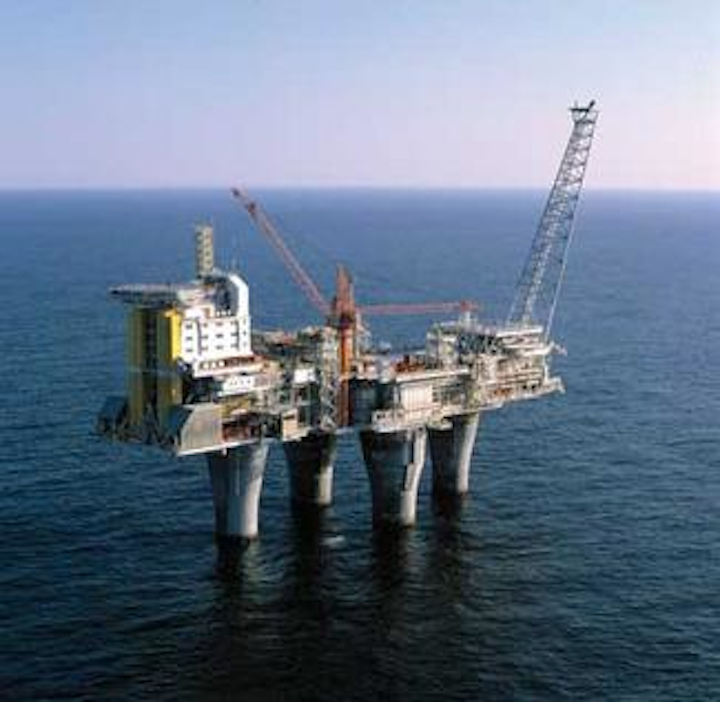 In June, StatoilHydro filed a new plan for development and operation (PDO) of the giant Troll field in the Norwegian North Sea. The NOK 10-billion ($2-billion) scheme has the twin aims of increasing oil recovery and maintaining gas production.

“Our goal is to manage the natural resources in an optimal way through a holistic approach to the development of the Troll field and the neighboring areas,” says Hege Marie Norheim, senior vice president for StatoilHydro’s reserve and business development on the Norwegian continental shelf.

“The field has been in continuous development since it came onstream, and we are now making Troll more robust for the future,” she adds. “StatoilHydro will, as the operator of both Troll Gas and Troll Oil, make sure to take care of the long-term management of our largest oil and gas field in an optimal way.”

With reserves of around 1.3 tcm (45.9 tcf) of gas and 1.5 Bbbl of oil, Troll is a linchpin of Norwegian production. But finding the best means of optimizing oil and gas production has been a challenge. For several years prior to the Statoil/Norsk Hydro merger last October, the two companies  Statoil as Troll Gas operator and Hydro as Troll Oil operator  worked together on the Troll Further Development project with the aim of increasing gas production capacity by 25 MMcm/d (883 MMcf/d).

But even before the PDO for this project was submitted, the oil and energy ministry rejected the plan on the grounds that it would lead to lost oil production.

The new PDO does not seek to increase the current gas production capacity of 120 MMcm/d (4.2 bcf/d) but to sustain it, explains Bjørn Laastad, manager for Troll area development. Gas from the eastern reservoir, where the gas reserves are mainly located, is produced through the Troll A platform by natural depletion, so as pressure drops, production through the 39 producer wells gradually falls.

In 2005, Statoil installed compression facilities on the platform to lift production. Now StatoilHydro plans to give output a further boost by replacing the production tubing in the 39 wells with larger diameter tubing. This should reduce the pressure drop in the wells and allow more gas to flow. The program will require a light intervention rig. This will have to be put out to tender, as the platform’s original rig was removed after the drilling program was completed in 1999.

StatoilHydro also plans to install a new 65-km (40-mi), 35-in. (89-cm) rich gas pipeline to the Kollsnes terminal on Norway’s west coast where Troll gas is processed. The purpose of the new line is to reduce the pressure drop between Troll A and Kollsnes to raise the plateau gas production from the field. The pipeline project also requires modifications on Troll A and at Kollsnes.

Further measures will be needed to keep the gas flowing in the required quantities. This likely will consist of additional compression facilities for which provision has already been made on the platform.

The new PDO also contains a proposal for improving oil recovery by 17 MMbbl. This is a modest volume, says Laastad, but it is just one step towards the company’s ambition of eventually achieving recovery from the field of some 2 Bbbl. In the process oil production should continue until after 2030. Booked reserves are currently around 1.5 Bbbl. The PDO also includes long-term measures to further improve oil recovery.

The current proposal involves the Troll B platform which produces oil and associated gas from the field’s western provinces. Gas, currently piped to Kollsnes via Troll A, will be reinjected instead. Two injection wells will be drilled at different locations in the southern part of Troll West Oil Province, and a pipeline will be laid to them from the platform.

FMC Technologies has been awarded a contract to supply the subsea trees, controls system, and associated equipment. The existing export compressor will be used for reinjection, so no major work is required on Troll B.

Subsea separation of oil and water may have a role to play. A substantial volume of water already is produced from the oil wells, and stripping the bulk of this out on the seabed could help recover extra oil. Troll Pilot, the world’s first subsea separation system, was installed on the field in 1999 and has provided valuable experience, not least due to the various technical problems it has suffered.

Most of the wells are housed on four-slot templates which are tied back in pairs to one of the two oil production platforms. But an incremental scheme, Troll O2, is being implemented. This involves installation of a six-slot template with plans at present to drill five wells. This scheme should recover an additional 20 MMbbl.