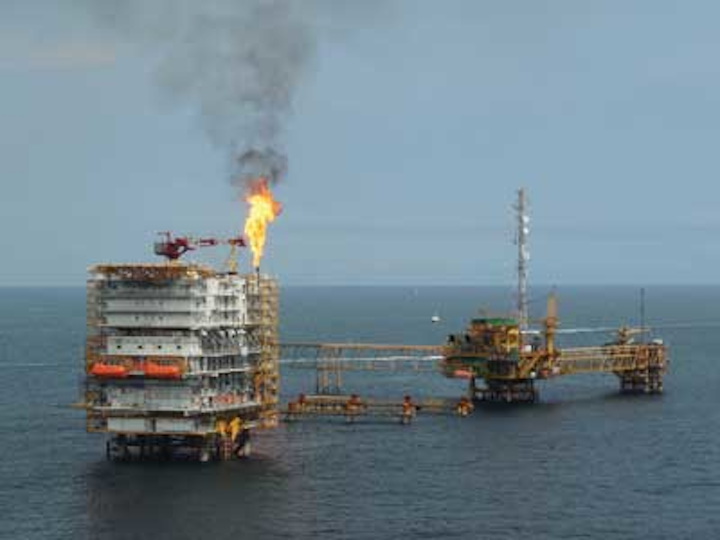 A total of seven packages were transferred to theS7000 for installation late last year. "The main issue we had to deal with was logistics, ensuring that each package would be ready for the arrival of the S7000," said Arnaud de Villepin, offshore energy director at Eiffage Construction Metallique (ECM). In the event, all the consignments were delivered on time and installed without problems.

All remaining offshore activity should be completed during 3Q 2014. "One problem of spreading the topsides construction in particular is that it lessens the scope for commissioning onshore and increases the number of connections offshore," de Villepin said. "We will look for a different execution plan for future projects."

Currently the Fos yard is working under subcontract to Ponticelli on two new topsides modules and an interconnection structure for the FPUAlima, which is being upgraded to handle extra production from Total's Moho-Bilondo project off Republic of Congo. The separation and manifold modules will each weigh around 300 metric tons (330 tons) and should take around a year to complete.

"Despite the difficult situation in Libya," de Villepin added, "ECM is still developing its business in the country, providing services to the oil and gas sector since the formation of ECM Libya in October 2012."

During the 1990s ECM supplied a drilling module for the ACG development in the Azeri sector of the Caspian Sea. Now the company is looking to form partnerships with established fabricators in Azerbaijan. This could lead to bids for subcontract work for Shah Deniz 2; another new offshore project operated by SOCAR; and for components for a new semisub that Keppel is building in Baku.

In the past ECM also supplied drilling modules for platforms in the North Sea. The company may look to re-enter this sector following its recent acquisition of Smulders, an Antwerp-based specialist in wind farm foundations.