SBM Offshore has contracted the Shanghai Waigaoqiao Shipbuilding and Offshore shipyard in China to build the hull for SBM’s second generic-design Fast4Ward FPSO. 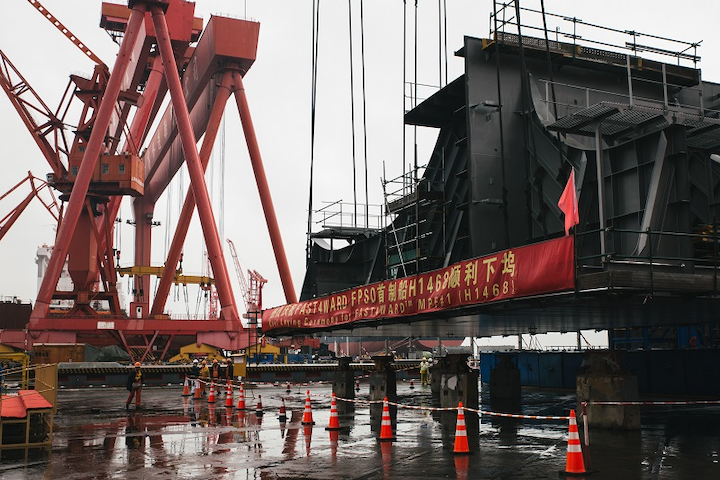 The company has no EPC contract firmed up for the second floater but has taken this decision based on the continuing positive industry outlook.

Two parallel projects for Fast4Ward are now in motion at the yard.

“Major players are starting to invest in projects and are seriously considering our game-changing solution, as we saw with our July announcement of an FPSO FEED for the Liza development, which is based on our Fast4Ward program.”

The contract signature coincided with the keel-laying ceremony for the first newbuild vessel (first steel was cut last March, which is designed to produce 220,000 b/d of oil with associated gas treatment capacity of 400 MMcf/d and water injection at 250,000 b/d.

In July 2018, the company reported that it had secured contracts for ExxonMobil’ssecond Liza field FPSO offshore Guyana, based on its Fast4Ward program, related to the front-end engineering and design.

Following completion of the FEED, and subject to government approvals and project sanction, SBM Offshore will construct and install, then lease and operate the FPSO for a period of up to two years.