Wagenborg Offshore has contracted Ampelmann to supply a gangway system for personnel supporting gas production in the Dutch and UK North Sea. 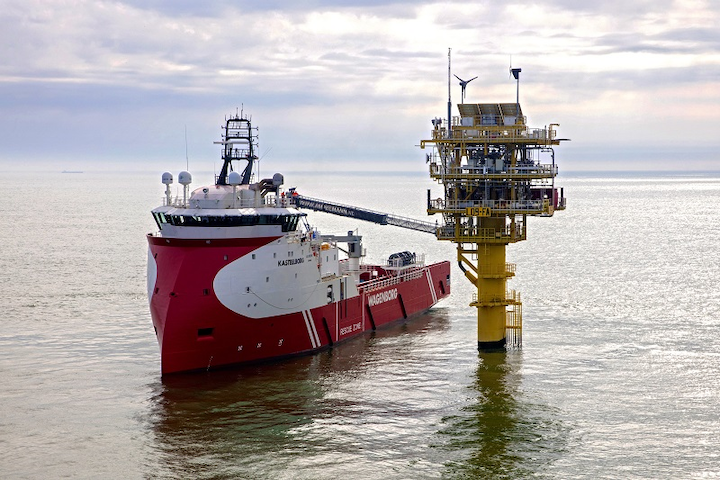 DELFT, the Netherlands – Wagenborg Offshore has contracted Ampelmann to supply a gangway system for personnel supporting gas production in the Dutch and UK North Sea.

It is designed to transfer 20 personnel in less than five minutes and move cargo loads of up to 100 kg with the KIB cargo basket from the vessel to offshore structures. It can operate in sea states up to 3.5 m (11.5 ft) significant wave height.

Although the dimensions of the AEP are the same as Ampelmann’s original A-type gangway system, it can work from smaller vessels, providing similar or better performance and operational stability, the company claims.

TheKasteelborg was converted from a standard offshore supply vessel to a specialized Walk to Work vessel at the Royal Niestern Sander shipyard in the Netherlands. It is equipped with an additional accommodation module and motion compensated crane.