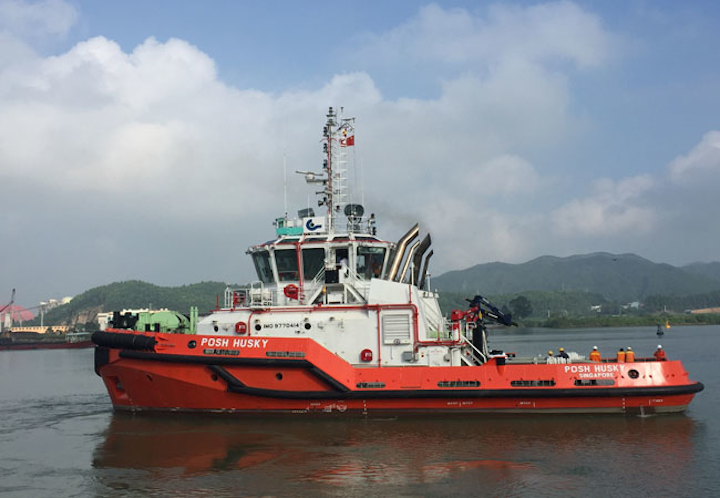 ThePosh Husky and Posh Hardy were built at Paxocean Shipyard in Singapore. They are classed by Bureau Veritas, and fly the Singapore flag. The 488-gross tonnage vessels have a length overall of 31.62 m (103.74 ft), a bollard poll of 72 metric tons (79 tons), and a maximum speed of 13 knots. They can accommodate 10 crew members in six single and two twin-berth cabins.

The Azistern 3270 tug is a further development of OSD’s low-emission Azistern series. The company says it expects to reduce emissions by 30% compared to conventional, similar-sized harbour tugs now in service.