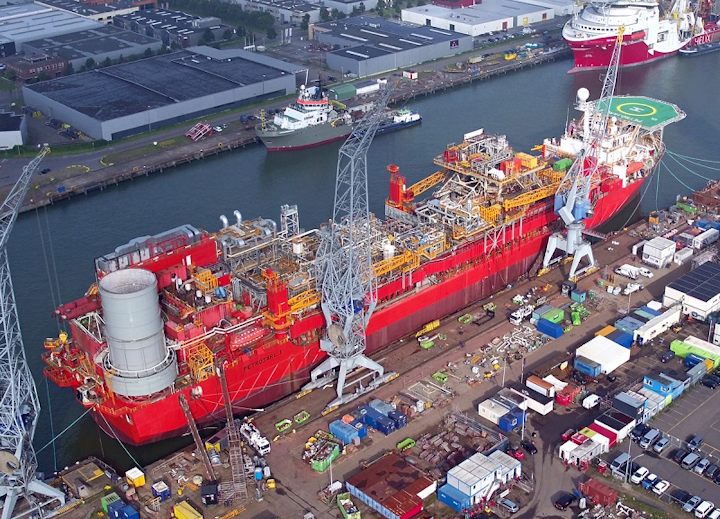 Simultaneously, new designed high quality, prefabricated equipment skids containing heating, cooling, separation, compression, boilers, centrifuges as well as a new E-house with electrical equipment were placed on board. Interconnecting piping and cabling was subsequently installed to complete the topsides and connect it to the remaining facilities.

According to Damen, the project involved more than 450,000 engineering hours and more than 50% of the process equipment was removed and replaced by new and additional equipment.

Teekay had operated thePetrojarl 1for 28 years in the North Sea, but it is now destined for the Atlanta field offshore Brazil.

Queiroz Galvão Exploração e Produção S.A. is the operator of the block with a 30% ownership along with consortium members OGX Petróleo e Gás S.A. (40%) and Barra Energia do Brasil Petróleo e Gás Ltda. (30%).