Statoil, with a well established portfolio, continues to look for expansion opportunities to secure its place among the top exploration and production companies, Morten Ruud, project director Peregrino, said in an interview with Offshore in Singapore. 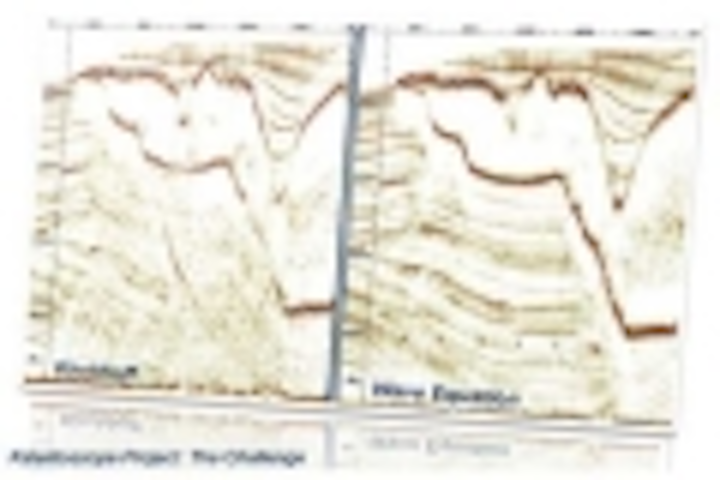 Statoil, with a well established portfolio, continues to look for expansion opportunities to secure its place among the top exploration and production companies, Morten Ruud, project director Peregrino, said in an interview with Offshore in Singapore.

“We are in all prospective basins, from the North Sea shelf, Gulf of Mexico, Africa, and the Caspian,” he said after the christening of an FPSO slated for Statoil-operated Peregrino field offshore Brazil.

Statoil is developing the heavy crude field Peregrino offshore Brazil. In just over 100 m (328 ft) of water and 85 km (53 mi) from Rio de Janeiro, Peregrino is the company’s largest international field and its biggest project outside of Norway.

The company is using proven technology on the Brazilian resources. One example is horizontal drilling. This technique was used in the Grane heavy oil field in the North Sea and is being applied at Peregrino. Basically, “horizontal drilling” refers to drilling a number of wells in different directions from the same location to improve field drainage.

Peregrino development calls for 30 horizontal oil producers, seven injection wells, and two platforms. An FPSO is to be placed between the two platforms to receive and process the wellstreams. Production is heavy, viscous oil driven by waterflood through the Peregrino reservoir. Therefore, the wellstream takes a high proportion of water and needs substantial treatment capacity to deal with it, Ruud said.

The wellstream will be heated in tanks on the production ship, which improves water separation. The water will be pumped back into the reservoir to help maintain reservoir pressure for enhanced oil recovery.

Maersk’s latest FPSO is for the Peregrino field, off Brazil. It is being chartered to Statoil for a period of 15 years with options for another 15 years.

Maersk Peregrino is expected to begin oil production in January 2011.

While the Maersk Peregrino project was managed by Maersk FPSOs in Denmark, the front-end engineering design was carried out in Brazil, and the main engineering was done in Denmark, Norway, US, India, and Singapore.

Parts of the processing facilities were sourced from the US, Brazil, Europe, and Southeast Asia. The process modules were built in Indonesia and the final integration on board the ship took place at Keppel Shipyard in Singapore.

The FPSO is fitted with innovative technology and capable of significant power generation, which is required to separate oil from gas, sand, and water. Storage of the crude oil also requires heating to prevent it from solidifying in tanks. As such, the vessel has highly specialized production facilities on board including two production trains and three steam boilers for heavy crude oil processing. Its three steam turbines are designed for 75 MW of electrical power.

The new FPSO is due to sail out of Singapore in October 2010 and is scheduled to produce in January 2011.

Group CEO Nils S. Andersen, in an interview with Offshore at the naming ceremony, sees strong demand for FPSOs as well as replacement of aging drilling units. Andersen highlighted the completion of a multi-billion dollar fleet building program, which included nine drilling units in the last two years.

Ruud stressed Statoil’s advantage of having worked in deepwater – pointing out its expertise would help it continue working in increasingly challenging environments as it continues to seek out frontier projects.

Markets are favorable for venturing into new frontiers, Statoil said. The concern is the increasing operational costs, both in exploration and production. “We face cost increases in all value chains, from vendors upward,” Rudd said.

“We are a company that grows organically,” he said. “We think there is a market for new semisubmersible drilling rigs. As such, Maersk is continuously looking at new opportunities.

“We have the state-of-the art facilities and the company’s drilling and production units operate with advanced blowout preventers and similar components for the high-risk upstream sector.”

In his address at the christening ceremony in Singapore, Andersen said A.P. Moller – Maersk has invested more than $4.5 billion in offshore assets in recent years.

Asked if Maersk would venture into LNG type FPSO projects, Pedersen stressed that the company would continue to work with tried and tested technologies. Floating LNG technology is still in a development stage and would require extensive investment, he said.

He noted that the global heavyweight, Royal Dutch Shell, was planning an FPSO-LNG, and added that, perhaps, it would be good that such capital intensive projects be managed by oil majors. Pedersen also predicts an oversupply of LNG vessels, indicating a breather in new investments in the sector.

“Maersk Peregrino will strengthen the Group’s presence in South America. The FPSO, equipped with most advanced technologies, demonstrates that we are in Brazil for the long haul – to help develop Brazil’s oil potential,” Pedersen said.