The newly named N’Goma FPSO, which arrived just over a month ago in Angola, has now sailed for the Eni-operated offshore block 15/06, where mooring operations by the SBM Installer vessel will take place. OPS will operate the N’Goma FPSO. 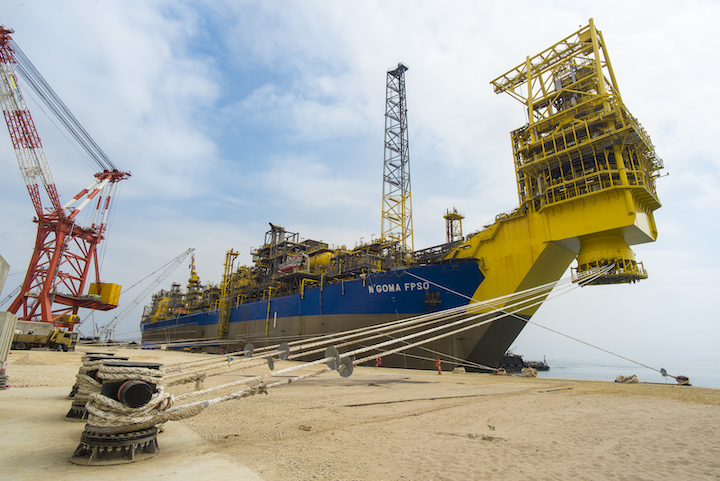 The N'Goma FPSO, shown at quayside in the Paenal shipyard, has sailed for block 15/06 offshore Angola.

MONACO – The newly named N’Goma FPSO, which arrived just over a month ago in Angola, enjoyed a shower of champagne at quayside in the Paenal shipyard on July 18 when the shipyard hosted a naming ceremony for the vessel, which is owned by Sonasing, a joint venture company with SBM Offshore, Sonangol, and Angolan Offshore Services.

The Angolan shipyard completed its scope for the FPSO on schedule. The vessel has now sailed for theEni-operated offshore block 15/06, where mooring operations by the SBM Installer vessel will take place. OPS will operate the N’Goma FPSO, which will handle the production of block 15/06, West Hub, in Angolan deep waters.