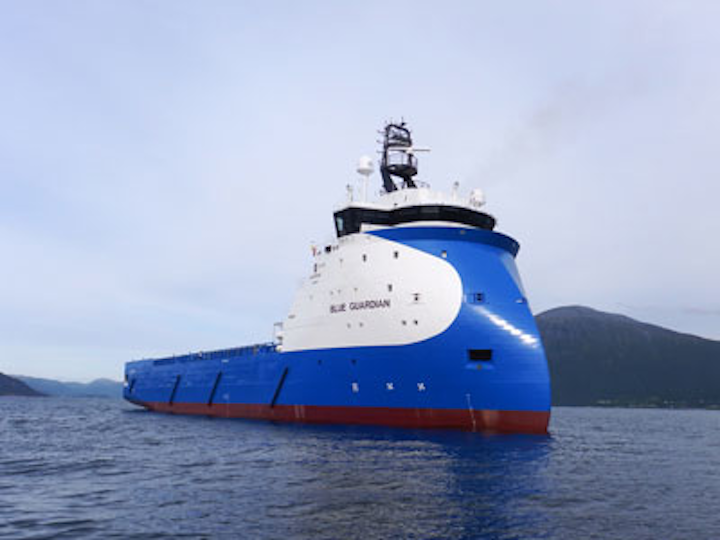 ULSTEINVIK, Norway – Ulstein has delivered the new platform supply vessel (PSV) Blue Guardian to Blue Ship Invest. This is the fifth in a series of six PSVs of the PX121 design, and is under the management of Remøy Shipping.

From mid-July, it will work for Det Norske Oljeselskap and Repsol Exploration, supporting the jackupMaersk Giant’s work on two subsea wells.

In addition to tanks for oil, water and drilling fluids, the vessel has four stainless steel tanks for flammable liquids. There is accommodation onboard for 23 personnel. The IMO Class 2 dynamic positioning system meets the requirements of DNV’s Clean Design notation.

Like other PX121s, it has been adapted to Norwegian sector needs, including more power to maintain position alongside the rig in bad weather, and reduced nitrogen oxide (NOx) exhaust emissions. In addition, these vessels carry the light ice class (ICE-C) notation, which allows them to work in regions farther north.