Topaz Energy and Marine was won multi-year charters for nine of its offshore support vessels in the Russian sector of the Caspian Sea. 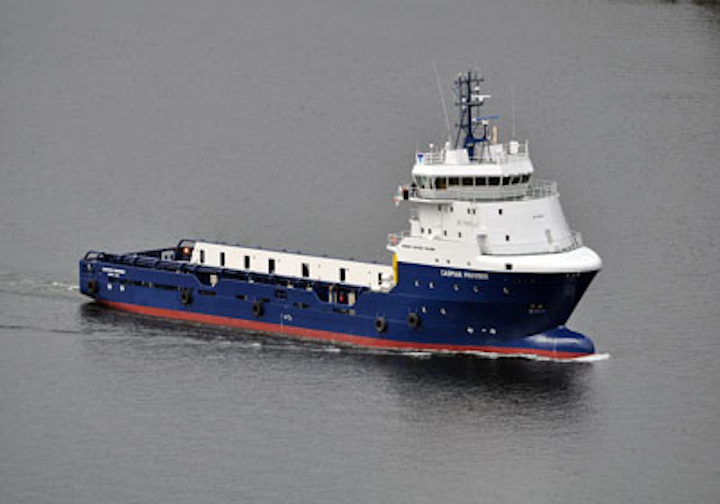 DUBAI, UAE – Topaz Energy and Marine was won multi-year charters for nine of its offshore support vessels in the Russian sector of the Caspian Sea.

The vessels will support Saipem on Lukoil’sVladimir Filanovsky oil and gas field development, providing anchor-handling and tug services and transport of supplies and personnel. Value of the contract is around $20 million.

Topaz has operated in the Caspian Sea since acquiring BUE Caspian in 2005 and currently has more than 60 offshore support vessels in the region.

Total took theTopaz Triumph to support seismic campaigns ahead of field development. Both are 7,300-hp vessels equipped for fire-fighting Class 1 and DP-2 operations.