Companies that participated in Offshore's 2016 World Survey of Stimulation Vessels reported that even though work had been slowing due to the downturn of the last several years, they were still maintaining and investing in their fleets. 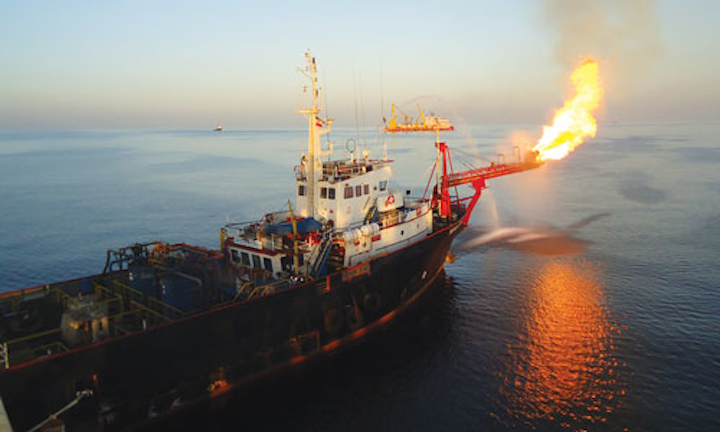 Companies that participated inOffshore’s 2016 World Survey of Stimulation Vessels reported that even though work had been slowing due to the downturn of the last several years, they were still maintaining and investing in their fleets. Overall, many participants said that they were focusing on the need to remain flexible in their offerings, improve efficiencies wherever possible, and most importantly, try to keep their fleets fed with as much work as possible to minimize downtime.

This year did not see many major changes to the participants’ fleets, with some not reporting any fluctuations at all.

Reporting nine vessels in its survey data last year (three of which were modular, fast deployment vessel templates), Baker Hughes recorded a fleet of seven stimulation vessels this year. The DP-2, ABS-certifiedStimFORCE II, one of the three modular templates, and BRAM Bravo were not included in the company’s survey data for this year.

The number of Halliburton’s survey entries also varied since last year. TheHalliburton 301, HOW Hawke, Stim Star Borneo and the Greatship Rachna are no longer listed in its survey. However, it also added the SEA VMS and IWIV (integrated well intervention vessel), for a net change of two units. The region of operation for both vessels is Southeast Asia. Halliburton released a case study in April 2017 outlining a project offshore Malaysia, for an operator who was seeking to gravel pack a well included in an an infill drilling campaign with a very tight deadline for the delivery of the wells. The company deployed an IWIV to perform the gravel-pack treatment, saying that it completed the operation within 36 hours before demobilizing from the rig, saving the operator about $300,000.

Although not newly acquired, Mehran Engineering and Well Services included the Mehravar in its survey data this year.

Schlumberger, StimWell Services, and Superior Energy Services did not report any changes to its fleet from the previous year. As has been the case in previous years, Schlumberger has the largest fleet of stimulation vessels in the survey this year, at 11; last year, it tied with Halliburton.