The Norwegian Petroleum Safety Authority has identified serious breaches of regulations in a recent audit of the jackup Rowan Norway (VALARIS JU-292). 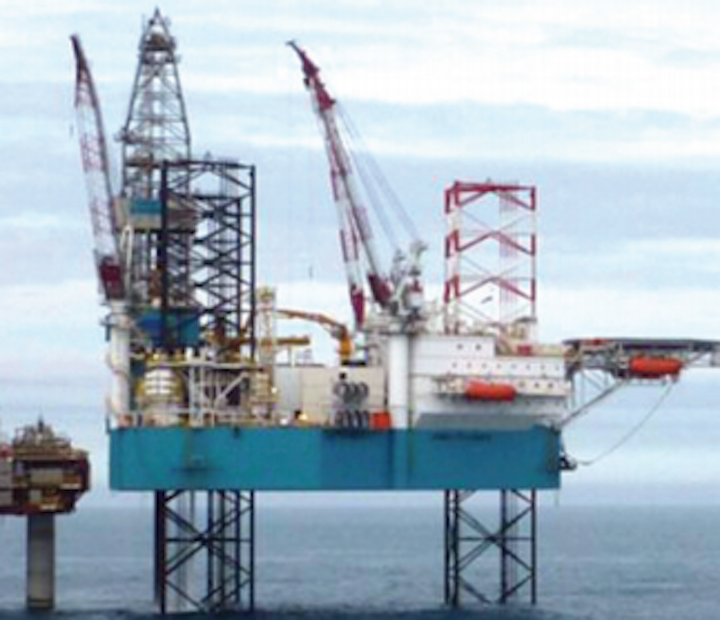 In 2012 the PSA issued an acknowledgement of compliance (AoC) for the rig, which returned to work on the Norwegian continental shelf this summer after completing a nine-month drilling assignment off Turkey.

It had earlier been laid up at Dundee in Scotland for a couple of years.

During the audit, the Rowan Norway was working for ConocoPhillips on the Tor field. The purpose of the investigation was to check that owner Valaris was operating the rig’s electrical installations and employing a responsible supervisor of the facilities in accordance with the regulations.

However, the investigation revealed that numerous technical conditions on board were not being adequately followed up. As for electrical equipment in Ex areas was concerned, inadequate maintenance had resulted in a failure to maintain the Ex integrity of explosion-proof equipment, the PSA said.

This led to a meeting with Valaris officials in late October in which the company revealed it had initiated measures with additional manning to ensure that the Ex integrity was dealt with prior to the start of drilling activity.

However, the audit identified other nonconformities and regulatory breaches, including barrier management, ignition source control, fire doors and passive protection, lighting in the emergency hospital, and technical conditions with electrical installations.

The PSA also assessed how the company had dealt with issues raised during an earlier audit in 2012, concluding that certain problems had not been rectified.

One concerned a gas detector which had still not been installed in the driller’s cabin, despite the company’s assurance that this would be done by Dec. 20, 2013.

It also emerged that a flame detector had been installed in the machinery room for the cement unit, but not a smoke detector.

The PSA has now ordered the drilling contractor to review its systems for barrier follow-up and to initiate corrective measures to ensure that the follow-up helps to identify and correct technical, operational or organisational weaknesses, faults or deficiencies in safety-critical barrier elements.

The company must also review its system for handling nonconformities so that these can be corrected, the causes identified and corrective measures taken to prevent their recurrence.

Deadline for compliance with the order is April 1, 2020.