Total, Eni, and Novatek have signed two exploration and production agreements with Lebanon’s government for offshore blocks 4 and 9 in the Mediterranean Sea. 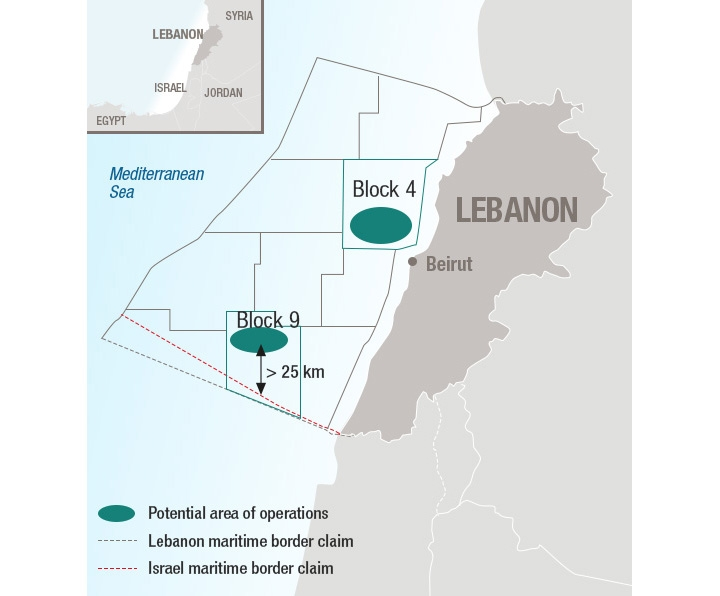 PARIS – Total, Eni, and Novatek have signed two exploration and production agreements with Lebanon’s government for offshore blocks 4 and 9 in the Mediterranean Sea.

The terms include drilling of at least one well on each block during in the first three years. The priority will be to drill block 4 first in 2019.

Total acknowledges that the southern tip of block 9 is within the area of the Israeli-Lebanese border dispute, but points out that the main prospects are more than 25 km (16 mi) away from the disputed area. So, the planned exploration drilling should not interfere with any fields or prospects south of the border area.

Total operates both blocks with a 40% interest, the same as Eni, with Novatek holding 20%. They were awarded underLebanon’s first offshore licensing round, launched in January 2017.