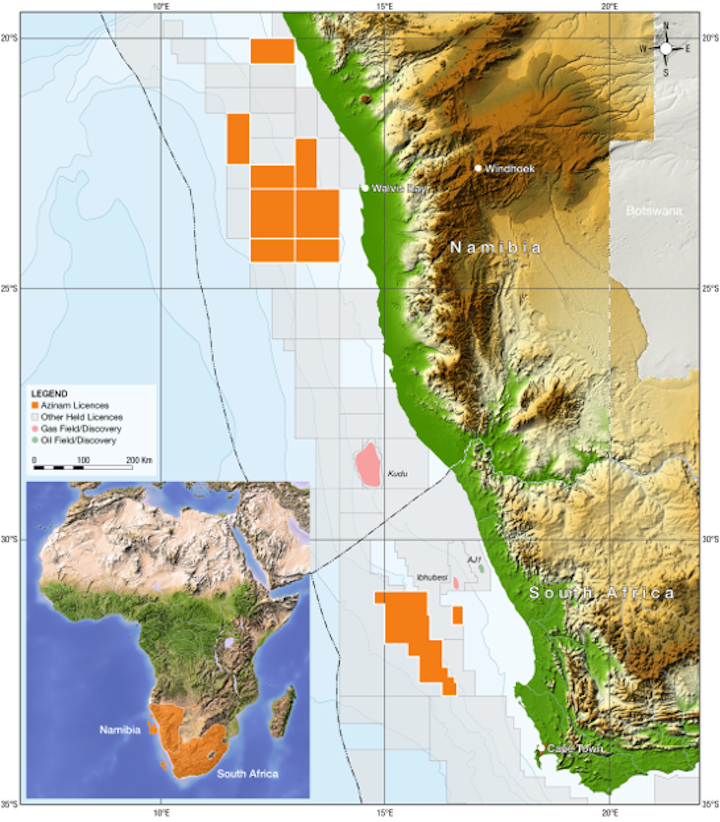 Pending government approval, Azinam will operate block 3B/4B with a 40% interest and nearshore block 3B/4B in the Orange basin with a 51% interest, with Ricocure holding the balance in both cases.

Exploration right applications have already been submitted for both blocks, and approval should come through early next year.

Azinam plans to reprocess the dataset to help identify the best prospects. The company has adopted a similar approach on data sets of similar vintageoffshore Namibia.