Lime Petroleum will join Aker BP and Statoil in the newly awarded PL818B license in the Norwegian North Sea. 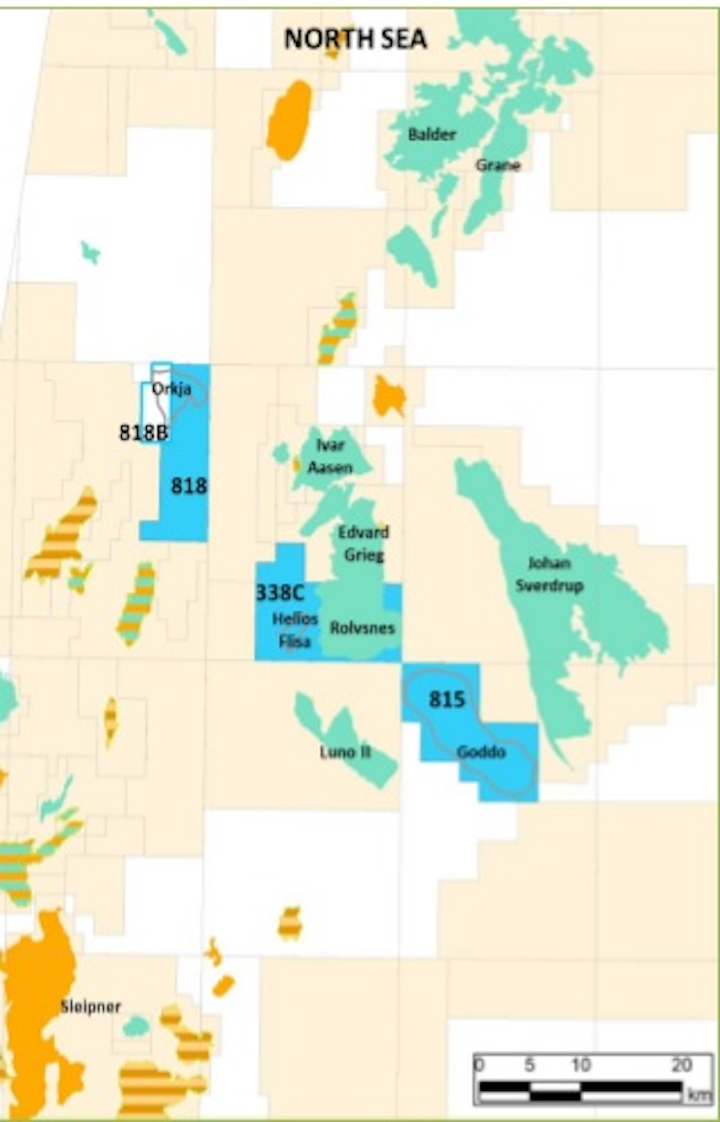 This is an extension of PL818, held by the same partnership.

Lime says the two licenses offer significant exploration potential, with the principal prospect Orkja straddling the two. It anticipates a ‘drill-or-drop’ decision for the concessions this summer, with drilling to follow potentially next year.

Måns Lidgren, CEO of Rex International Holding, said: “PL818B, like the Rolvsnes discovery, is located near toJohan Sverdrup, one of the five largest oil fields on the Norwegian continental shelf, and adjacent to the producing Edvard Grieg and Ivar Aasen fields.

“We are very pleased that LPA now holds stakes in a cluster of investments in this oil-prolific area that already has pipeline infrastructure in place, allowing a fasttrack path to potential commercialization and return on investment when we make more oil discoveries.”

In addition, Lime has a 20% interest in North Sea license PL815, where the undrilled Goddo prospect may be a geological continuation of Rolvsnes.