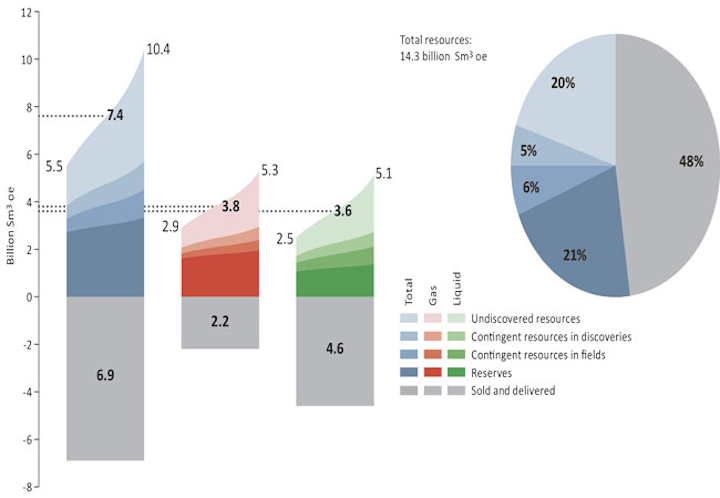 Unproven resources, estimated at 2.9 bcmoe, account for around 39% of remaining resources.

TheNorth Sea contains roughly 51% of what remains, with the rest spread equally across the Norwegian Sea and Barents Sea.

Much of the anticipated resources in the Barents Sea have not yet been proven.

At the end of last year, Norway had 62 producing fields in theNorth Sea, 16 in the Norwegian Sea, and two in the Barents Sea.