Rosnedra has awarded Gazpromneft Sakhalin a license covering the Ayashsky block in the Sea of Okhotsk offshore northeast Russia. 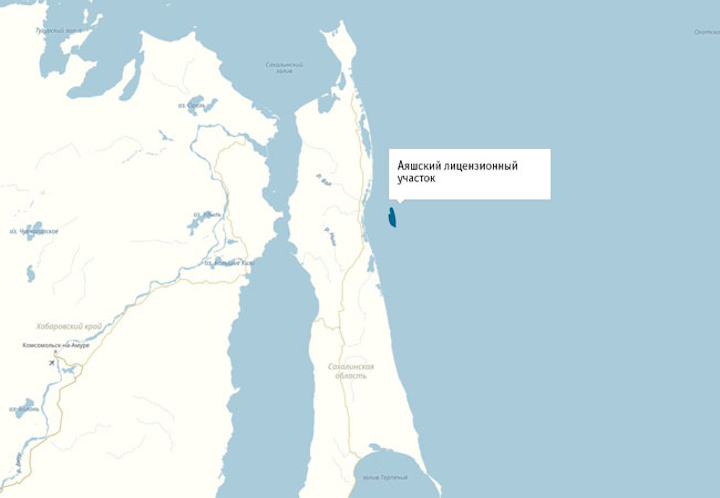 Ayashsky block in the Sea of Okhotsk offshore northeast Russia

The license, which covers exploration, development, and production of hydrocarbons, runs until July 1, 2039.

Ayashsky forms part of theSakhalin-3 project and is close to fields developed under Sakhalin-1 and Sakhalin-2.

Parent company Gazprom Neft estimates the block’s recoverable reserves at more than 100 MMtoe (110 MMtoe). The company bases this figure on analysis of 2,150 sq m (23,142 sq ft) of existing 3D seismic and other geological and geophysical data.

The company plans to drill an initial prospecting and appraisal well at the Ayashsky formation this summer.

The oil is offloaded to the shuttle tankersMikhail Ulyanov and Kirill Lavrov. The offloading line is equipped with an emergency shutdown system, allowing offloading to be terminated instantaneously in the event of a serious incident.