Rouge Rock plans to exercise an option to farm into 45% of the AC/P50 and AC/P51 exploration permits in the Vulcan sub-basin offshore northwest Australia. 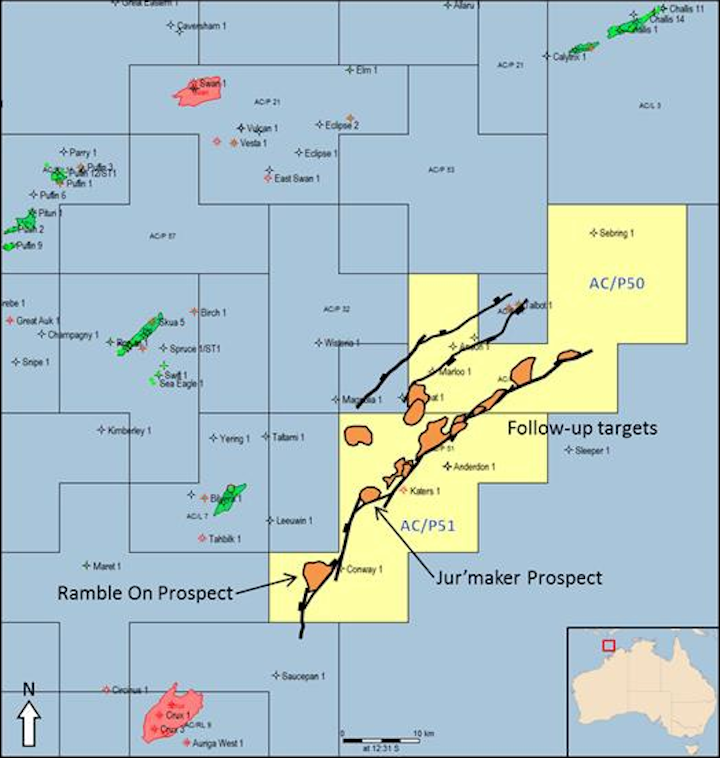 MELBOURNE, Australia – Rouge Rock plans to exercise an option to farm into 45% of the AC/P50 and AC/P51 exploration permits in the Vulcan sub-basin offshore northwest Australia.

License holderMelbana Energy offered Rouge Rock the option in July 2016, in exchange for a free carry on the costs of the committed work program for the 2016-18 primary term of each permit.

The program includes 3D seismic broadband reprocessing, merging of the Zeppelin and Onnia 3D seismic data, interpretation and mapping of the reprocessed data, and pre-stack depth migration of the merged seismic data sets.

Melbana estimates the value of the reprocessing work undertaken by Rouge Rock at around $1.15 million.

The two companies intend to review recent drilling results in the area and integrate these with the reprocessed data, before conducting a joint farm-out process during 2017-18.

AC/P50 and AC/P51 are close to numerous oil and gas discoveries. Work to date had identified the Ramble On and Jur’maker oil prospects in a proven petroleum system in a shallow water area suitable for a lower cost jackup drilling rig.