Statoil and BP have agreed to license transfers for permits in the Great Australian Bight. 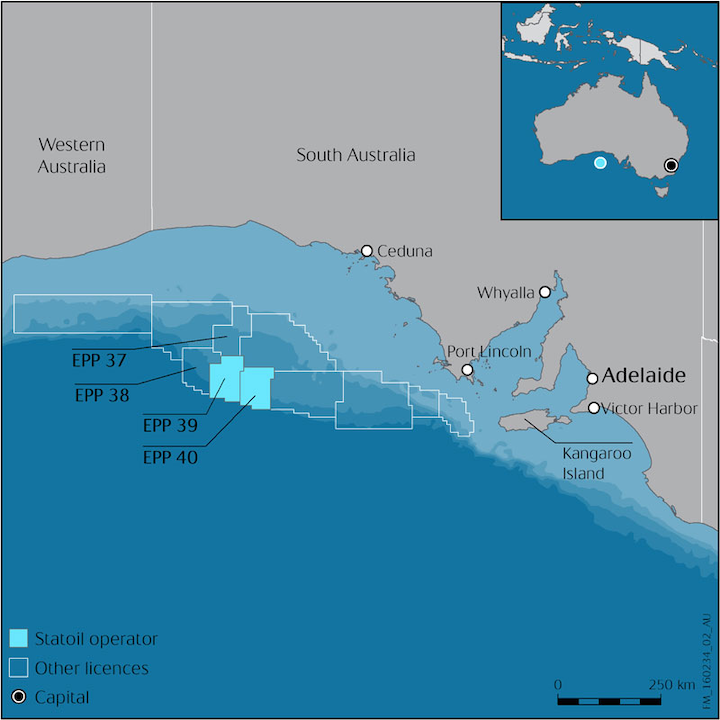 STAVANGER, Norway – Statoil and BP have agreed to license transfers for permits in the Great Australian Bight, offshore South Australia.

The National Offshore Petroleum Titles Administrator has approved the transfers and Statoil is now officially operator of EPP39 and EPP40.

Statoil also has secured a suspension and extension of the work commitments for both permits - the approved extension includes drilling of one exploration well in EPP39 prior to Oct. 30, 2019.

Pål Haremo, vice president of Exploration in Australasia, said: “We have a good understanding of the geology in our license area, based on high-quality 3D data analysis.

“We believe there could be an active petroleum system within our permit area and we are now positioned to test this potential under favorable market conditions for exploration drilling.”

Statoil has identified various prospects such as the potentially high-impact Stromlo-1 well candidate in EPP39, while EPP40 is said to provide upside exploration potential.

Jacques-Etienne Michel, Statoil’s country manager in Australia, said: “We will now take the necessary time to systematically work through all the preparations needed to drill safely. While we are building on the previous work done in these licenses, our operational plans will have to be redeveloped.

“In the end, it will be up to the Australian regulatory authorities to grant the necessary approvals for the activity to go ahead. Over the coming months, we will engage in dialogue with a wide range of stakeholders, including the South Australian community.”