Total has agreed to sell its operated stakes in the Martin Linge field development (51%) and the Garantiana discovery (40%) in the Norwegian North Sea for $1.45 billion. 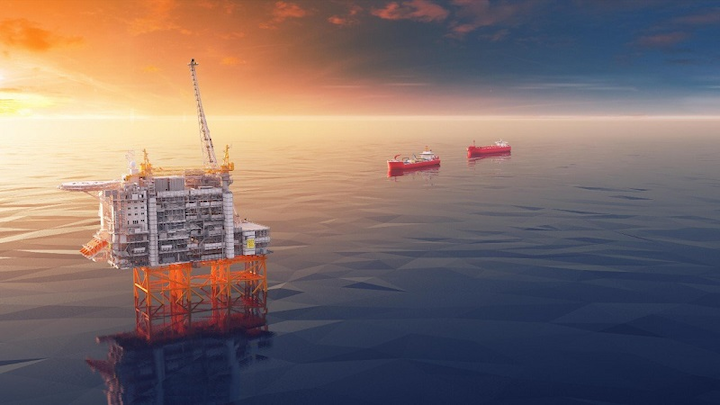 STAVANGER, Norway – Total has agreed to sell its operated stakes in the Martin Linge field development (51%) and the Garantiana discovery (40%) in the Norwegian North Sea for $1.45 billion.

Martin Linge, where progress has been delayed due to anaccident at the Samsung yard in South Korea this May, is under development via a fixed wellhead platform.

According to Statoil, the project features innovative solutions to enhance safety, capture value and reduce emissions, and the company sees potential for other opportunities in the area.

The field, west of Statoil’s Oseberg complex, has estimated recoverable resources of more than 300 MMboe, with an anticipated lifespan stretching into the 2030s.

Currently the jacket substructure is in place at the offshore location, while the topsides should be transported to Norway in early 2018. Aside from the accident, the project has incurred schedule delays and cost increases due to delayed topsides engineering, construction and currency movements – the revised target for start-up is now the first half of 2019.

Operations will be controlled remotely from an onshore digital operations center, with power provided through a 160-km (99.4-mi) cable from shore, the longest AC power link in the world, Statoil claimed. This should reduce CO2 emissions from the field by 200,000 metric tons/yr (220,462 tons/yr).

Following completion of the transaction, Statoil’s share will increase from 19% to 70%.

Garantiana is an oil discovery north of the company’s Visund field, with recoverable resources in the range of 50-70 MMboe. Various development concepts are under evaluation.

Arnaud Breuillac, President, Exploration & Production at Total, said: “The forthcomingacquisition of the Maersk Oil portfolio, which will make Total the second largest operator in the North Sea, leads us to review our portfolio in this area so as to focus on the assets in which Total will be able to generate synergies and reduce their breakeven points.

“In this context, given that Martin Linge is Total’s only operated asset in Norway, there is limited scope to optimize operations, whereas with Statoil’s leading operating position on the Norwegian continental shelf, Statoil is in a better position to optimize this asset for the benefit of all stakeholders...

“Norway remains a strategic country for Total as one of the largest contributors to the group’s production and we of course intend to continue bringing our expertise to Norway by focusing in particular on major non-operated assets such as Ekofisk, Snøhvit, and Johan Sverdrup.”