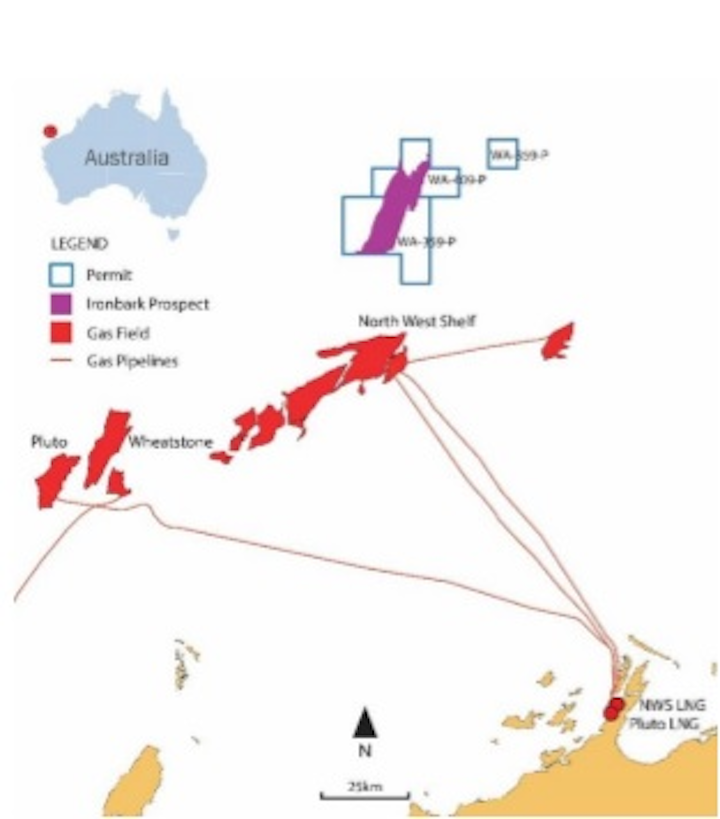 Beach will take a 21% interest and free-carry Cue for 4% of the cost of drilling the Ironbark-1 exploration well in WA-359-P. The incomer will also reimburse Cue $900,000 for past costs.

Agreement is conditional onBP exercising its option to acquire 42.5% equity in WA-359-P, Cue securing an extension to the current permit expiry date, and other regulatory approvals.

In addition, Cue has granted Beach an option for 7.5% equity in WA-409-P through paying 7.5% of Cue’s costs of a well in this permit, with Cue also receiving a 10% royalty on all future revenue from Beach’s 7.5% share.

Ironbark is a Mungaroo formation prospect extending across up to 400 sq km (154 sq mi), with prospective recoverable gas of 15 tcf.