FAR says that amendments to offshore Guinea-Bissau licenses have been approved by government decree. 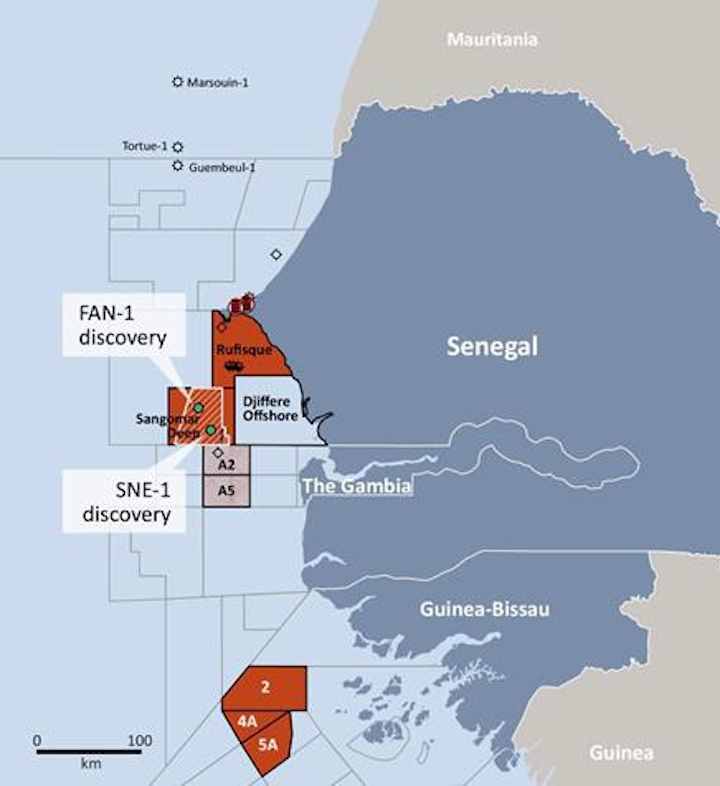 MELBOURNE, Australia – FAR says that amendments to offshore Guinea-Bissau licenses have been approved by government decree.

Early in April, the company concluded negotiations with Petroguin, the national oil company of Guinea-Bissau, to revise the terms of both theSinapa and Esperanca licenses.

FAR’s participating and paying interest in the permits is now higher at 21.42%. However, if a commercial discovery follows, Petroguin will have 10% interests, with FAR and Svenska respectively holding 19.28% and 70.71%.

The new license terms are more favorable to deepwater investment, including a reduction to production royalty rates payable to the government.

In addition, the licenses have been extended through Nov. 25, 2020.

The partners have committed to drill one exploration well on each license with a minimum expenditure for each permit of $3 million.

According to FAR, both concessions are in a similar geological setting to plays offshore Senegal, including theSNE oil field discovery.