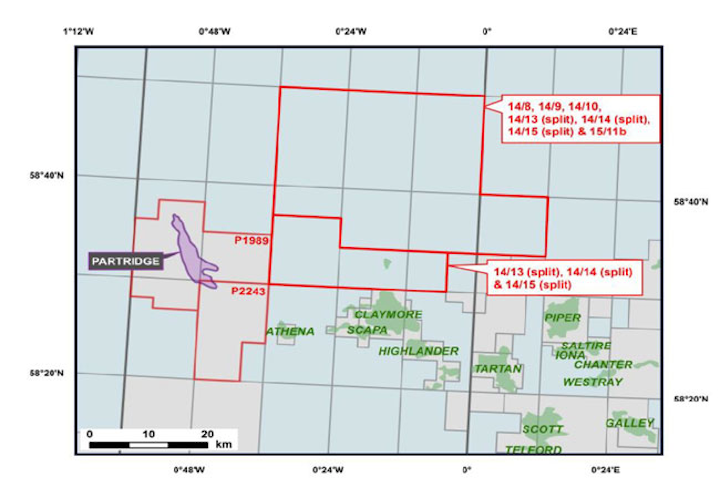 They are contiguous to the company’s existing P1989 license (blocks 14/11, 12, and 16) which includes thePartridge prospect, which Azinor plans to drill later this year.

Azinor refers to the wider Partridge play covered by the new licenses as “the Birds,” and claims it contains some of the most prospective Lower Cretaceous prospects structures in the region.

There is also a potentially large Jurassic structure, highlighted by newly acquired 3D seismic. Azinor plans to progress this prospect to drill-ready status.