The University of Houston (UH) recently hosted a daylong symposium about the environmental, energy, and regulatory policy implications of the Deepwater Horizon/Macondo oil spill. 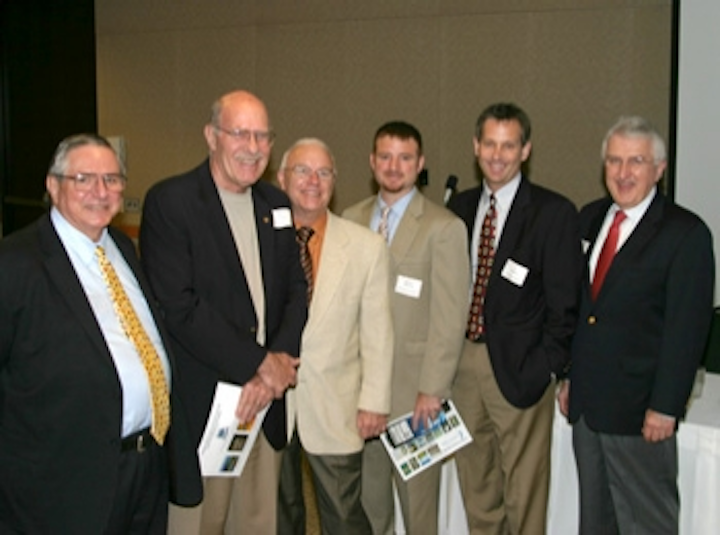 HOUSTON -- The University of Houston (UH) recently hosted a daylong symposium about the environmental, energy, and regulatory policy implications of the DeepwaterHorizon/Macondo oil spill.

The event, held on Sept. 23, was sponsored by the UH Center for Public History and the UH Energy Management and Policy Group. It featured discussions involving professors, graduate students, and guests with backgrounds in history, resource management, science, policy, law, and the oil industry. The panelists included UH professors Joseph Pratt and Tyler Priest, who was recently named a senior policy analyst to the National Commission on the BP Deepwater Horizon Oil Spill and Offshore Drilling. Priest is author of The Offshore Imperative, a monograph on Shell Oil’s search for petroleum in the United States after 1945, published in 2007.

The event was spearheaded by Jason Theriot, a doctoral candidate in history at the university who is writing his dissertation on a history of the oil and gas industry in coastal Louisiana. Contrary to what some might think, Theriot noted that oil spills were “nothing new in the Gulf of Mexico.” Prior to the Deepwater Horizon incident, there were a number of large oil spills in the Gulf. The two major oil spills before Macondo were 40 years ago, in 1970. These took place at the Chevron Main Pass block 41C in February, and at Shell Oil’s Bay Marchand facility in December.

At Main Pass, some 30,500 bbl oil were spilled; and roughly 1,500 bbl of dispersant were applied. Since it was an unmanned platform, no one was hurt. To halt the leak, Chevron drilled three relief wells, and applied lessons learned from the Santa Barbara oil spill, a major oil spill which had captured the nation’s attention the previous year. In January 1969, a blowout on a Unocal rig six miles off the coast of California spilled 71,429 bbl of oil into the waters off Santa Barbara.

The Shell Bay Marchand spill occurred just five months after the Main Pass incident. In this case, four people were killed and 32 more were injured. Some 25,000 bbl of oil were spilled according to the operator, although the US EPA counted the total much higher, at roughly 100,000 bbl. Within two years, the offshore oil and gas industry had suffered three significant oil spills in American waters.

The industry responded by developing a collective spill response plan, Theriot noted. In 1971, the American Petroleum Institute (API) held its first oil spill technology review meeting, and the Offshore Technology Conference (OTC) began holding its first panels on environmental issues and oil spills. The following year, the industry formed Clean Gulf Associates, a jointly owned company in which multiple Gulf operators collectively funded an industry-wide emergency response mechanism. Response centers were established at multiple locations along the Gulf Coast, and Clean Gulf hired Halliburton to maintain a fleet of skimmers and keep them ready for deployment. The industry was fortunate enough not to have another major offshore oil leak for many years thereafter, and the thought that large oil spills could occur seemed to become an afterthought.

Complacency in the public-private response system was a key theme throughout the symposium, and several speakers commented upon it. Pratt, a leading historian of the oil industry and the Houston region, noted the cyclical nature of oil spills in the US since 1945. He observed that major oil spills seem to occur in the US every 20 years – Santa Barbara in 1969; the Exxon Valdez in 1989; and the Deepwater Horizon/Macondo in 2010. “There is a bad spill every 20 years or so,” Pratt said. “Reforms are passed, but are always pointed toward fixing the last oil spill.” Then years pass without a spill, “and we tend to forget what we have in place.” As a result, when a spill does happen, there are questions about chain of command and responsibilities, and the response is less effective than it could have been. “But do we really need to repeat that cycle?” Pratt asked. “There will be future oil spills. Complacency is the enemy.”

Pratt is writing a history of Exxon Mobil, including a chapter on the Exxon Valdez oil spill. He noted that human error often plays a critical role, and it was evident in both the Exxon Valdez and Deepwater Horizon accidents. In the immediate aftermath of the Exxon Valdez, he noted that there was great uncertainty about who was in charge, within both industry and government. While that was being sorted out, responders were debating what types of dispersants to use, and how much – questions that were again asked following the Macondo spill. “We should know the answers to these questions by now,” he said.

Going forward, both the industry and the government should maintain readiness, and know their respective roles and responsibilities in the event of an oil spill. “There should be no confusion of authority – we should know who is in charge,” Pratt said.

Priest, director of Global Studies at the UH C. T. Bauer College of Business at the University of Houston, focused on the history of the US Minerals Management Service (MMS), and the issues confronting its successor agency, the Bureau of Ocean Energy Management, Regulation, and Enforcement (BOEMRE). He contended that the MMS “had been geared toward development” since it was created in 1953, with the passage of the Outer Continental Shelf Lands Act. For many years, the federal government regulated the industry “with an extremely light touch,” said Priest. But the Santa Barbara spill of 1969 “changed all that,” he contended. Following the spill, the inspection regime was beefed up, and the MMS turned to a performance-based regulatory approach. That was a change from the prescriptive regulatory philosophy it had been using until the spill. That approach had its flaws, notably for fostering a “checklist” mentality that sometimes failed to insure safety.

But as the amount of deepwater activity grew in the 1990s, the MMS was hard pressed to keep up. The number of regulators was downsized from 2,000 to 1,600 – a result of “reinventing government” – while the number offshore platforms was doubling. The agency also lost valuable expertise through retirements and attrition during these years. Meanwhile, offshore drilling rigs and platforms were becoming much more complex, and moving further away from shore, making inspections more difficult. These trends increased both the impact and likelihood of human error. Entering the new millennium, “the MMS was a 1970s-era agency regulating a 21st-century industry,” Priest said.

Even after the shake-up that followed the Macondo spill, not much has changed with the agency, Priest observed. “The name has changed, but not much else has,” he said. Priest noted that the BOEMRE has selected McKinsey & Co. to perform a study that will advise the agency on how best to reorganize itself.
Going forward, the big question will be how both the newly reorganized BOEMRE and the industry react to new federal mandates. Inevitably, adapting to a new regulatory regime will take time, he said. “There will be a de facto moratorium beyond the [existing] moratorium,” Priest commented.

Other participants in the symposium included Greg Pollock, the deputy commissioner of the Texas Oil Spill Prevention and Response Program (OSPRA); Don Davis, former director of the Louisiana Oil Spill Coordinator’s Office (LOSCO); Wes Tunnel, associate director of the Harte Research Institute for Gulf of Mexico Studies at Texas A&M University-Corpus Christi; and Houston attorneys Bob Nicholas and John English, whose clients include major offshore oil and gas operating companies. The presentations can be found at the symposium’s website at http://www.history.uh.edu/oilspillsymposium/schedule/. 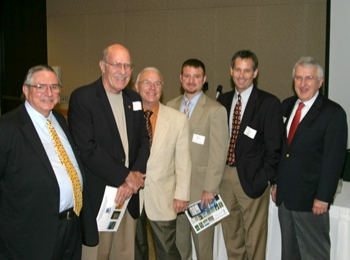 Panelists at the University of Houston’s 2010 Oil Spill Symposium.Photo by David Saiz.