The Total-operated Saphir-1XB exploration well on block CI-514 has proved the presence of liquid hydrocarbons in the deep offshore west of Ivory Coast. 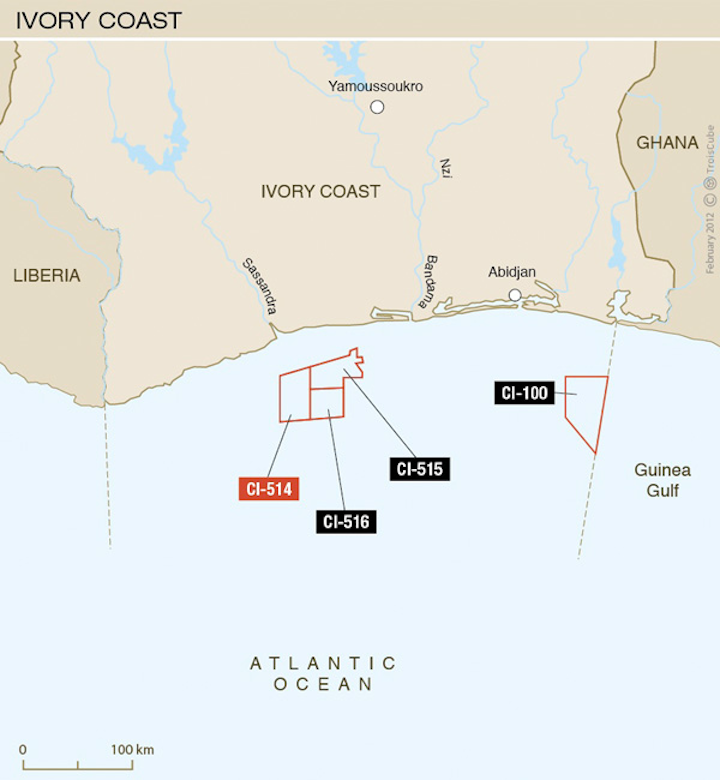 Total has confirmed oil in its Ivory Coast exploration area.

PARIS–The Total-operated Saphir-1XB exploration well on block CI-514 has proved the presence of liquid hydrocarbons in the deep offshore west of Ivory Coast.

“Drilled in an abrupt margin play, this first well is the first discovery in the San Pedro basin, a frontier exploration area in Ivory Coast,” commented Marc Blaizot, senior vice president of exploration at Total. "Having confirmed the presence of a petroleum system containing light oil, we will next evaluate this very promising find and focus on its extension to the north and east."

The data acquired during drilling are being analyzed and will be used to determine the area’s potential and design the delineation program. Total is pursuing its intensive exploration program in the area, with plans to drill two wells in blocks CI-515 and CI-516 by year-end.

Total also has interests in three other ultra-deep offshore exploration licenses in Ivory Coast (CI-100, CI-515, and CI-516). The Group is continuing to analyze the oil discovery made in Total-operated block CI-100 in 2013, which confirmed the extension of an already proved active petroleum system in the Tano basin.