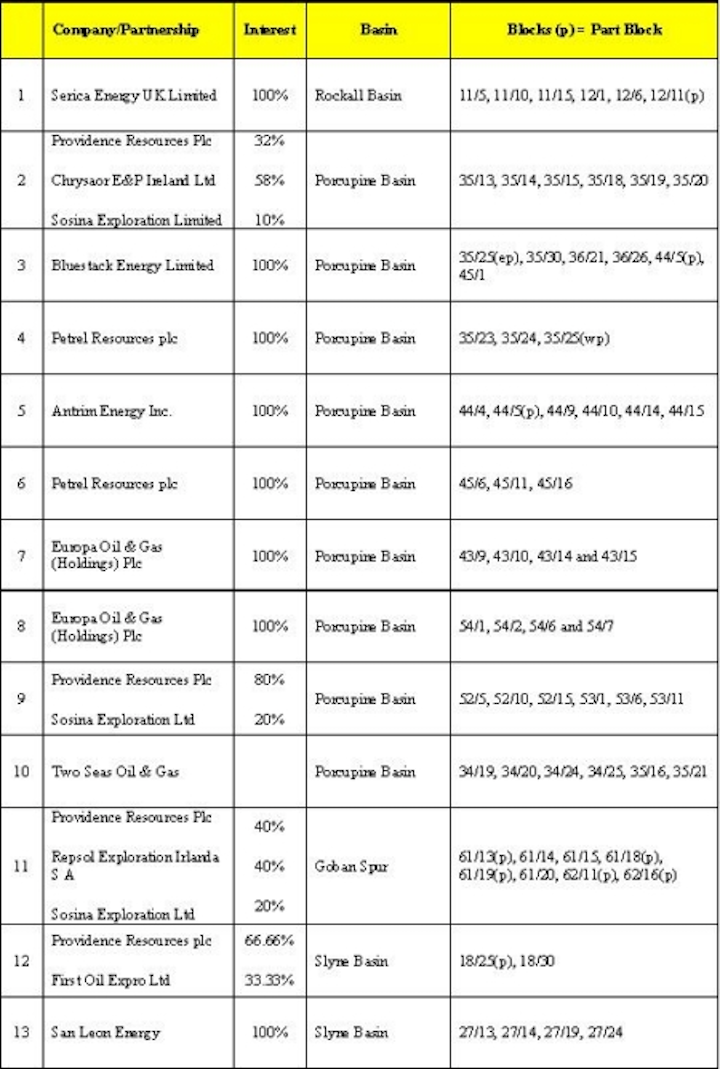 Speaking at a petroleum research conference in Dublin, Rabbitte said a total of 15 applications had been submitted.

The licensing options are for a two-year period, during which time the licensees must complete an agreed work program. These can then be converted to Frontier Exploration licenses, which carry a 12-year term, divided into four three-year phases, with a well commitment at the end of the first phase.

Rabbitte said: “Ireland needs to see an increase in exploration activity and exploration drilling in particular, if the petroleum potential of our offshore is to be realized.

“Ireland must continue to communicate the message to international exploration companies that Ireland is open for business and that the Irish offshore has real potential.”

The awards comprise one licensing option in the Rockall basin, two in the Slyne basin, nine in the Porcupine basin and one in the Goban Spur basin.

Total applications and the number of proposed awards are the highest of any Irish Frontier Round since the process started in 1994.

Rabbitte said that The ‘Petroleum Systems Analysis of the Rockall and Porcupine Basins Offshore Ireland’ study, published in 2006, would be made available free of charge to help promote exploration in these areas.

Operators should also benefit from the completion, next year of the transatlantic Plate Reconstruction Project, co-funded by the Canadian Government of Newfoundland Labrador and the joint Irish Government-Industry Petroleum Infrastructure Program.

“I am open to considering changes in the regulatory framework that would encourage a greater focus by both contractors and exploration companies on under-explored areas of the Irish offshore,” he said.

That data has since been interpreted and both parties have engaged First Energy Capital to market the mapped Inishmore prospect to potential farminees. 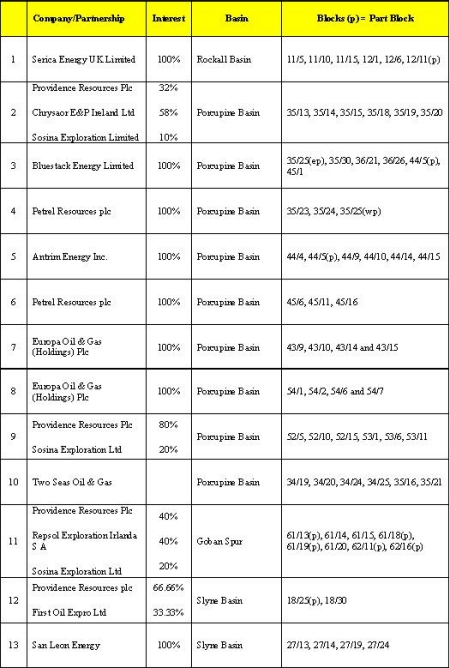