Faroe Petroleum (AIM:FPM) has won license PL716 in the Barents Sea as a result of the 22nd Norwegian License Round. 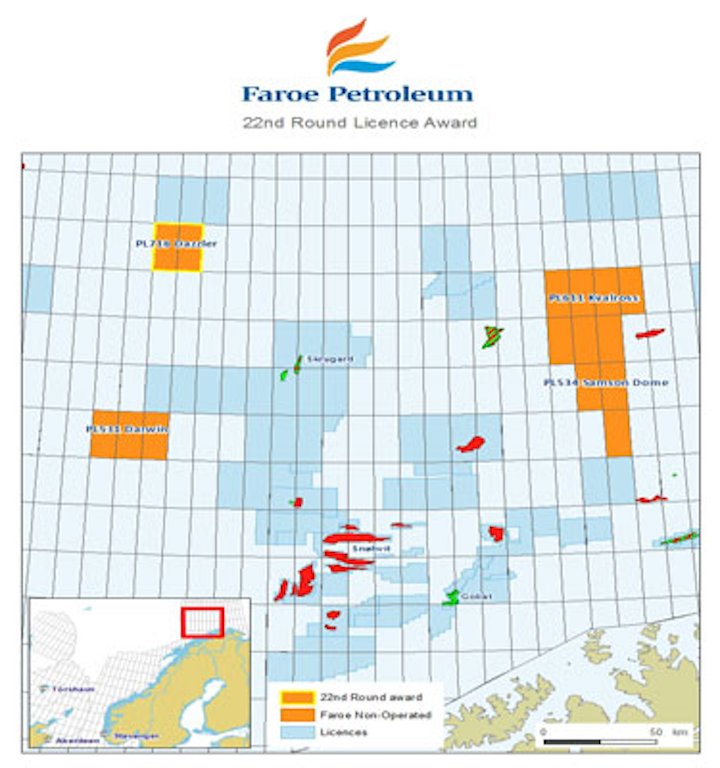 STAVANGER, Norway – Faroe Petroleum (AIM:FPM) has won license PL716 in the Barents Sea as a result of the 22nd Norwegian License Round.

The Dazzler prospect contained within PL716 (Faroe 20%) is 90 km (56 mi) northwest of the recentSkrugard and Havis oil discoveries and is in 450 m (1,476 ft) of water. The main prospect is on the southern flank of the Stappen High adjacent to the Bjørnøya basin and consists of a large horst structure defined by recent 3D seismic and has significant volumetric potential.

The associated work program consists of drilling of one firm well with a target depth of the shallower of either 50 m (164 ft) into the Triassic Snadd formation or 3,500 m (11,480 ft).

“This license delivers a further well to our high impact Norwegian drilling campaign, and we look forward to the commencement of the Snilehorn (Norwegian Sea), Novus (Norwegian Sea) and Butch wells (Norwegian North Sea) in the second half of 2013,” said Graham Stewart CEO of Faroe.