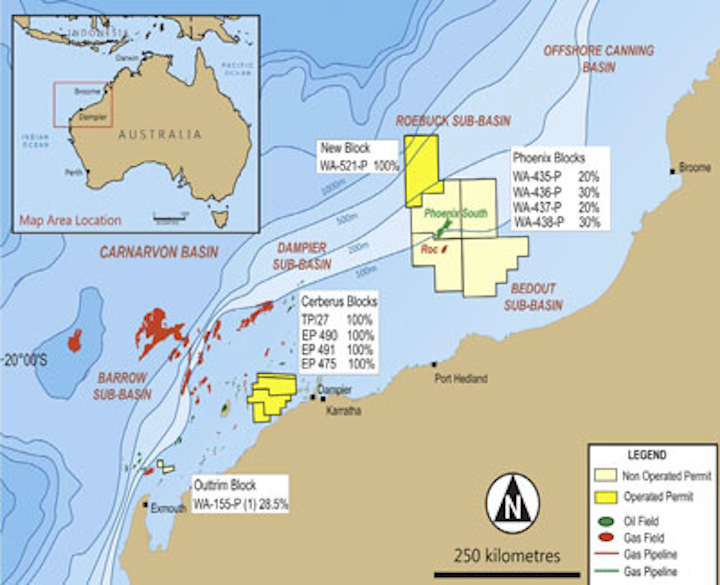 The WA-521-P permit is in the Roebuck basin, adjacent to the company’s Phoenix/Roc offshore acreage.

For the past five years Carnarvon has been studying the potential of the Lower Triassic petroleum system that it believes extends along the shelf’s entire length.

The company applied for the new permit for the following reasons:

During the first three-year term of the permit the company has undertaken to purchase 4,000 km (2,485 mi) of reprocessed 2D seismic and to optionally acquire a 300-km (186-mi) 3D seismic survey during year 5 of the following discretionary three-year term.