MEO Australia has agreed to farm out a 45% interest in the AC/P50 and AC/P51 exploration permits offshore northwest Australia to Rouge Rock Pty. 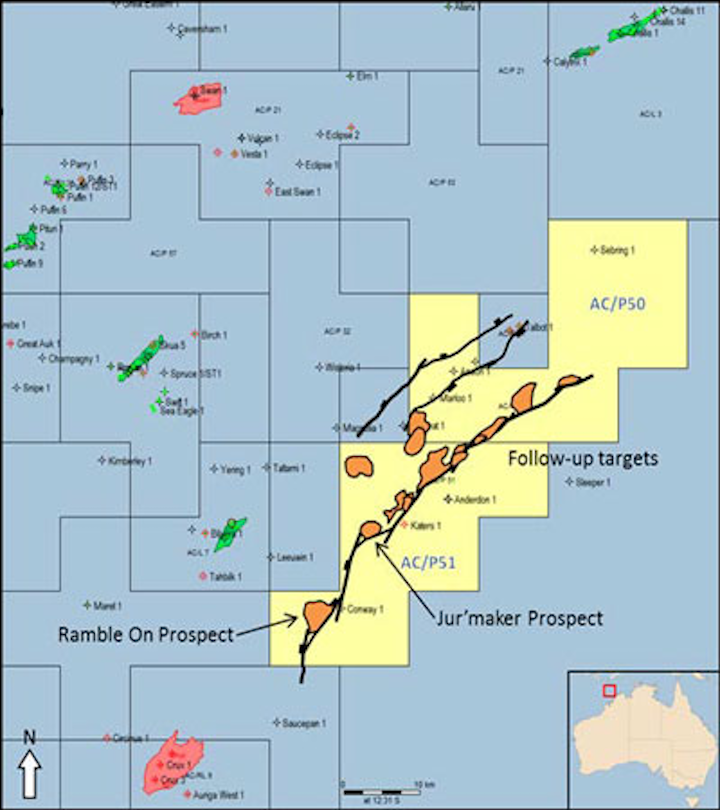 MELBOURNE, Australia – MEO Australia has agreed to farm out a 45% interest in the AC/P50 and AC/P51 exploration permits offshore northwest Australia to Rouge Rock Pty.

In return, Rouge Rock will undertake and fund the main remaining work program for each permit, comprising seismic reprocessing and other technical activities.

All work must be completed by May 18, 2018 over the permits, which are adjacent to various oil and gas discoveries in the Vulcan subbasin.

MEO has identified the Ramble On and Jur’maker oil prospects in a proven petroleum system defined on modern 3D seismic: they are in a shallow water area suitable for drilling via a lower cost jackup.

MEO renewed the permits for five years in 2015.

The results should further de-risk the identified prospects and leads, facilitating a further farm-out of the permits next year to fund future exploration drilling.

In the Bonaparte Gulf off northern Australia, the company has agreed to transfer its 50% interest in the WA-454-P exploration permit to Origin Energy Resources.

MEO had tried to bring onboard another partner to reduce its exposure to exploration and drilling costs, but was defeated by the currently depressed farm-out market.