Delegates of Mexico, the United States, and Cuba met on Wednesday to discuss the limits of the Western Polygon, an area in the waters of the Gulf of Mexico that has oil and gas deposits but no clear boundaries, according to a Reuters report. 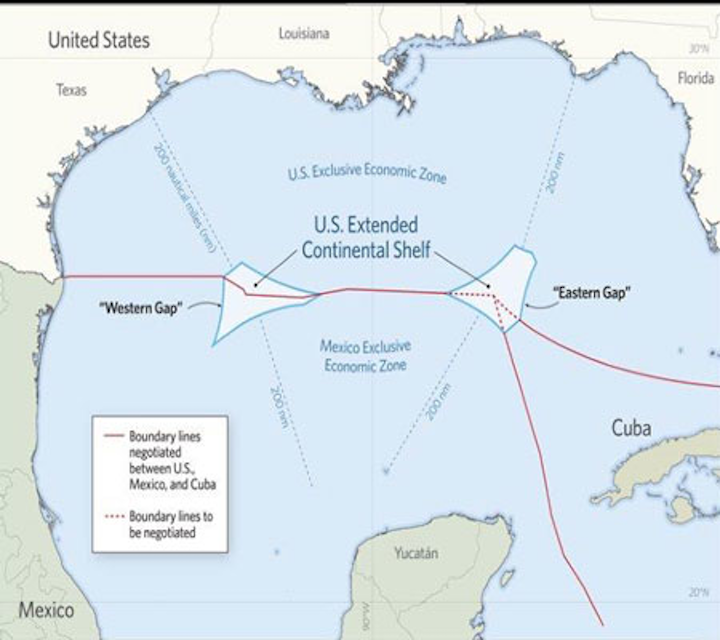 MEXICO CITY–Delegates of Mexico, the United States, and Cuba met on Wednesday to discuss the limits of the Western Polygon, an area in the waters of the Gulf of Mexico that has oil and gas deposits but no clear boundaries, according to a Reuters report.

Sources close to the discussion said that talks about who owns what in the “Doughnut Hole” were spurred afterCuba and the US announced they would restore diplomatic ties in late 2014.

International law gives countries the right to any resources found in the sea within 200 mi (322 km) of their territory. But when areas overlap, as they do in the case of the resource-rich “Doughnut Hole,” countries have to come up with an agreement.

The sources said talks would be of a technical character and would continue over several days this week. “The conversations are looking for agreement to demarcate the borders and see what will happen with this area,” one source was quoted to say.

Mexico already has an agreement with the US, but not with Cuba.

After alandmark energy reform put in place in 2014, Mexico is looking to attract more private investment to exploit possible deepwater oil and gas reserves in the Gulf of Mexico.