The Norwegian Ministry of Petroleum and Energy has opened the country’s APA 2016 licensing round, comprising pre-defined areas in the North Sea, Norwegian Sea, and Barents Sea. 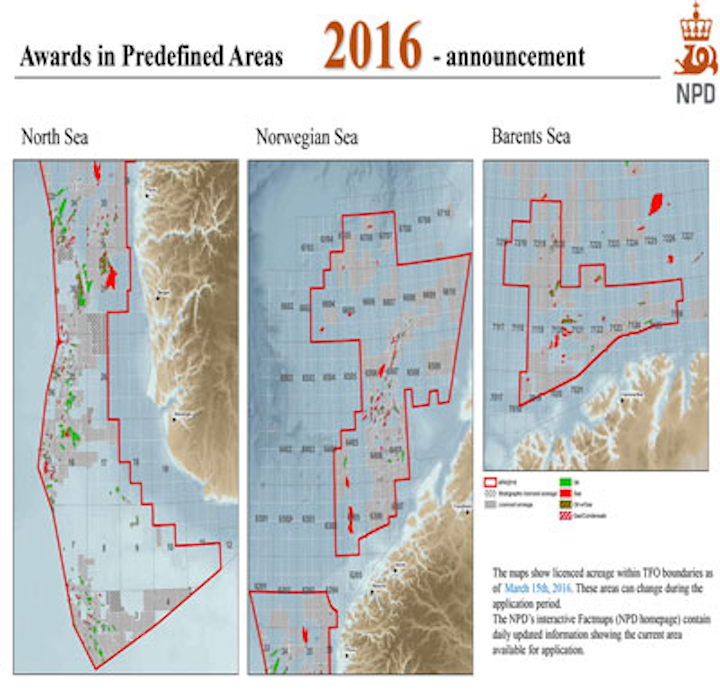 OSLO, Norway – The Norwegian Ministry of Petroleum and Energy has opened the country’s APA 2016 licensing round, comprising pre-defined areas in the North Sea, Norwegian Sea, and Barents Sea.

The pre-defined areas include more blocks thanAPA 2015, with 24 new blocks in the Norwegian Sea and 32 in the Barents Sea.

Applications can be submitted for any blocks or part-blocks not already included in a license three months prior to the closing date.

This entails that acreage relinquished during the application period is regarded as announced at the time of the government-approved relinquishment.