Croatia’s government has awarded 10 licenses for exploration and exploitation of hydrocarbons in the Adriatic Sea, under the country’s first licensing round. 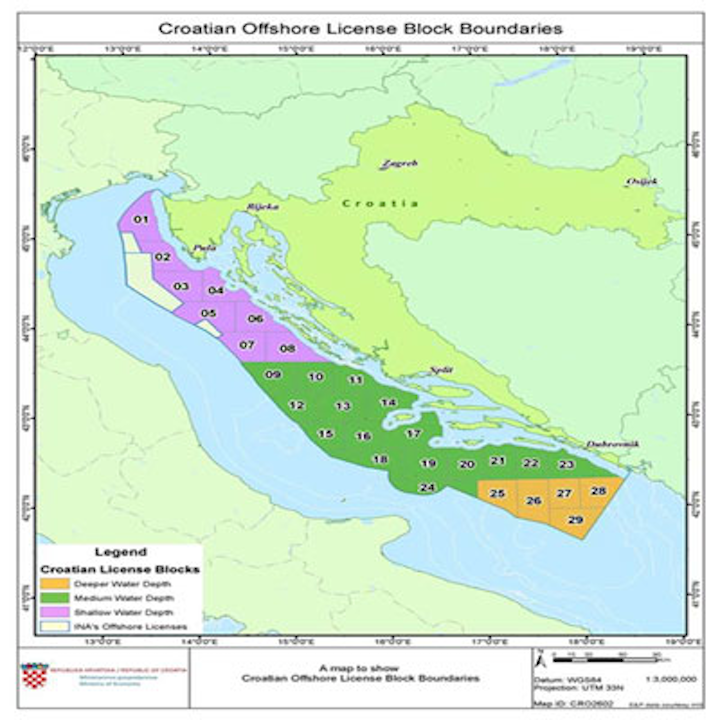 ZAGREB, Croatia – Croatia’s government has awarded 10 licenses for exploration and exploitation of hydrocarbons in the Adriatic Sea, under the country’s first licensing round.

Six companies submitted bids for a total of 15 exploration areas.

According to Rockhopper, the work program will likely comprise seismic acquisition, processing, and re-processing during the first three-year exploration phase, followed by drilling of a well in the second phase (if the partners elects to proceed).

The government estimates the value of the cumulative investment plans at $621 million, adding that $15.5 million will be paid directly to the state budget after production-sharing contracts have been signed following negotiations. Final deadline for signing the agreement is April 2, 2015.