Plans issued for new development projects across Norwegian continental shelf. In the UK, the focus is on offshore asset transactions and a potential new gas production hub in the southern North Sea, while in the Danish North Sea, the Tyra gas complex is set for a major life extension overhaul. 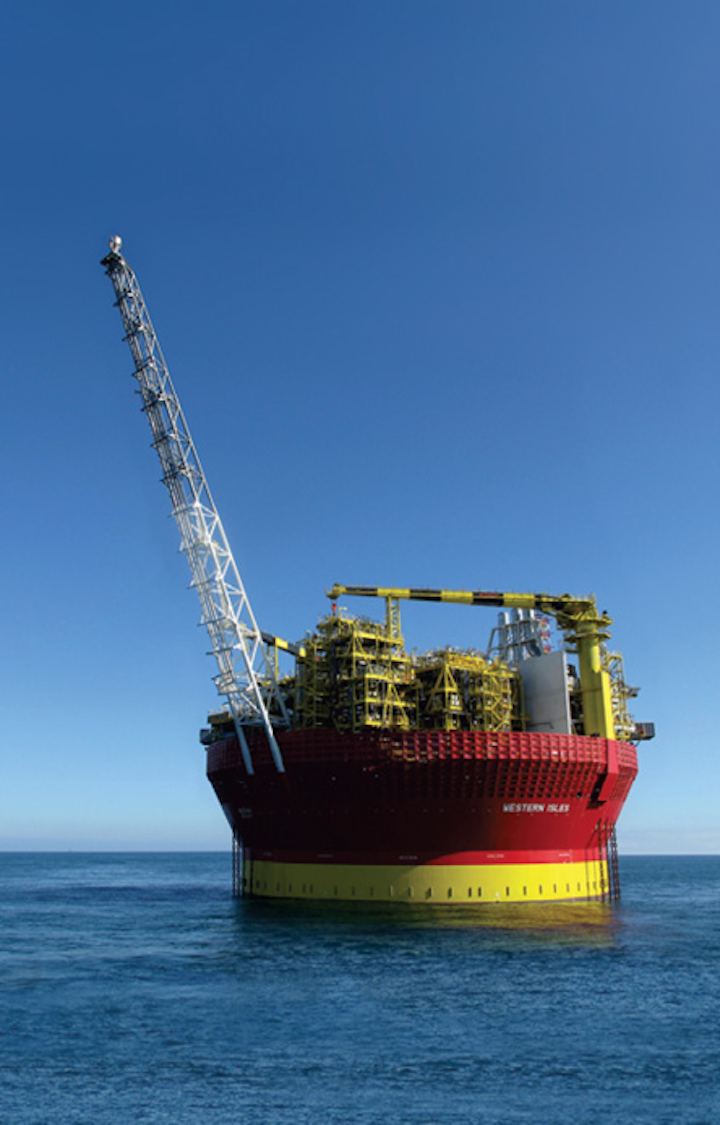 The estimated overall cost of $5.92 billion and the subsea layout are probably the largest for any new offshore project worldwide, Statoil claimed, and the price tag is less than half the original $12.08 billion proposal tabled in 2014. This was swiftly ditched when the oil price started to slide, and the company has since worked with key contractors and suppliers to change the concept and scale back the scope, claiming that the current offering will be profitable at $35/bbl. Sembcorp Marine has the EPC contract to build the FPSO’s hull and living quarters, with SBM Offshore responsible for the turret mooring system, and Aker Solutions for detailed design of the topsides and design of the quarters.

Aker BP announced total planned investments of $1.87 billion for its three projects. Aerfugl in the Norwegian Sea comprises the Snadd and Snadd Outer gas/condensate discoveries, which will be developed in phases via subsea tiebacks to the company’s Skarv field FPSO. Phase One, with an estimated cost of $543 million, will entail drilling three production wells on the southern part of Snadd, connected to the floater via a trace-heated pipe-in-pipe flowline, with start-up slated for October 2020. Subsea 7 and Aker Solutions will respectively manage the SURF installations and the subsea production system scope.

In the North Sea, Aker BP plans to add a new 12-slot, normally unmanned wellhead platform, to be constructed by Kvaerner in Verdal (with Aker Solutions performing detailed engineering for the topsides), at the western flank of the Valhall field. The goal is to produce 60 MMboe of reserves in the Tor formation, at an estimated cost of $664 million, with first oil scheduled for late 2019. Farther north, the company plans a two-branch, single-well, subsea tieback of the Skogul (ex-Storlakken) to the Alvheim FPSO, 30 km (18.6 mi) to the south, coming onstream in early 2020. In this case, Aker Solutions will provide two subsea umbilicals, manifolds, and associated controls. All four projects remain subject to approval by the Norwegian authorities. 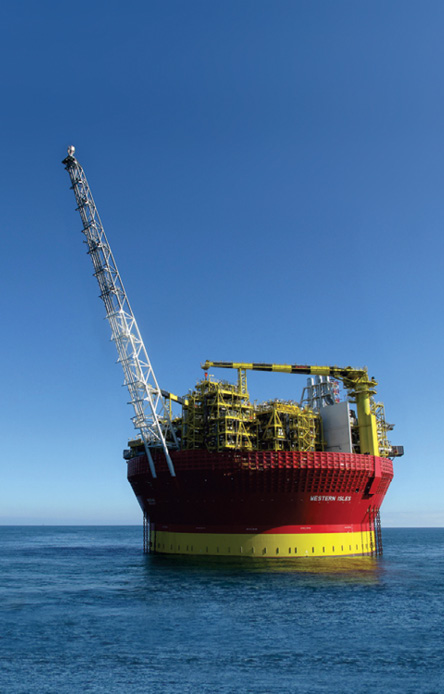 Dana Petroleum has started oil production from its $2-billion Western Isles development, 160 km (99.4 mi) east of the Shetlands, via the UK’s third Sevan circular-shaped FPSO. The 90-m (295-ft) wide facility, weighing more than 28,000 metric tons (30,865 tons), is producing from the Barra and Harris fields, with output due to climb steadily to a peak of around 44,000 boe/d.

The company is also working on an innovative arrangement for a new gas hub in the UK southern North Sea. With North Sea pipeline operating specialist CATS Management Ltd. (CML), it plans to jointly construct and own the planned Humber Gathering System (HGS) to support Premier Oil’s Tolmount 540-bcf gas field development, 50 km (40 mi) offshore in block 42/28d. The HGS would comprise a platform and export pipeline, which CML would operate, with associated modifications at the Dimlington processing terminal on the East Yorkshire coast to receive and process HGS gas. Assuming project sanction by mid-year, first gas should flow by end-2020, and the development could also serve as a hub for other nearby offshore fields.

Merger and acquisition (M&A) activity across the UK continental shelf last year topped $8 billion, according to the association Oil & Gas UK. Upstream Policy Director Mike Tholen hailed this as a positive development: experience shows, he said, that when UK offshore assets changes hands, field life is typically extended by close to five years. And following the introduction of Transferable Tax History in the UK Chancellor’s Autumn Budget last November, UK offshore M&A should gain further traction as this allows the sector’s established players to more easily offload fields, Tholen added, to others with greater motivation to extend these assets’ lives.

An example of such a deal, announced in December, was BP’s decision to sell its operated interests in the Bruce area of the UK central North Sea to London-based Serica Energy. This takes in the producing Bruce, Keith and Rhum fields, three bridge-linked platforms and associated subsea infrastructure, with the deal potentially worth around $397 million to BP. If ratified by the UK government, the transaction would be transformative for Serica, lifting its current production of around 2,800 boe/d from minority stakes in UK fields to 28,000 boe/d.

Another provisional deal involved INEOS agreeing to acquire a majority stake from Siccar Point Energy in two exploration licenses 150 km (93 mi) north of the Shetland Islands – this is currently the most northerly licensed acreage on the UK shelf, INEOS claims. The main incentive is the potential 1-3-tcf Lyon prospect, which the semisub West Hercules will drill next year. If the result is as predicted, INEOS sees scope for another gas hub development in the area, similar to Total’s Laggan-Tormore, with potential to tie in other gas discoveries in the area such as Tobermory, Bunnehaven, and Cragganmore.

Total opts out of Martin Linge

There has been action too in the Norwegian sector, with Total agreeing to sell its operated stake in the current Martin Linge field development and the Garantiana discoveries in the North Sea to Statoil for $1.45 billion. Total pointed out that these are its sole operated assets offshore Norway, although it remains committed to other major non-operated interests in the Ekofisk, Johan Sverdrup, and Snøhvit fields.

More of a priority for Total is the ongoing activities of Maersk Oil, which it agreed to acquire last year. Last month, the Danish Underground Consortium, of which Maersk is a member, committed to Denmark’s largest ever offshore investment, a $3.36-billion redevelopment of the Tyra gas field complex. This has become necessary due to subsidence of the chalk reservoir which has caused some of the platforms to sink by around 5 m (16.4 ft) over the past 30 years. Plans include replacing two existing facilities with a new processing platform and a new accommodation platform, and extending the jackets of four wellhead and two riser platforms by 10 m (33 ft). Production from Tyra is set to shut down temporarily in late 2019 for removal of the existing structures, with the redevelopment likely to be completed in 2022.