Last month in Washington DC, I happily accepted the chairmanship of the National Ocean Industries Association (NOIA), of which I have been a proud member for many years. 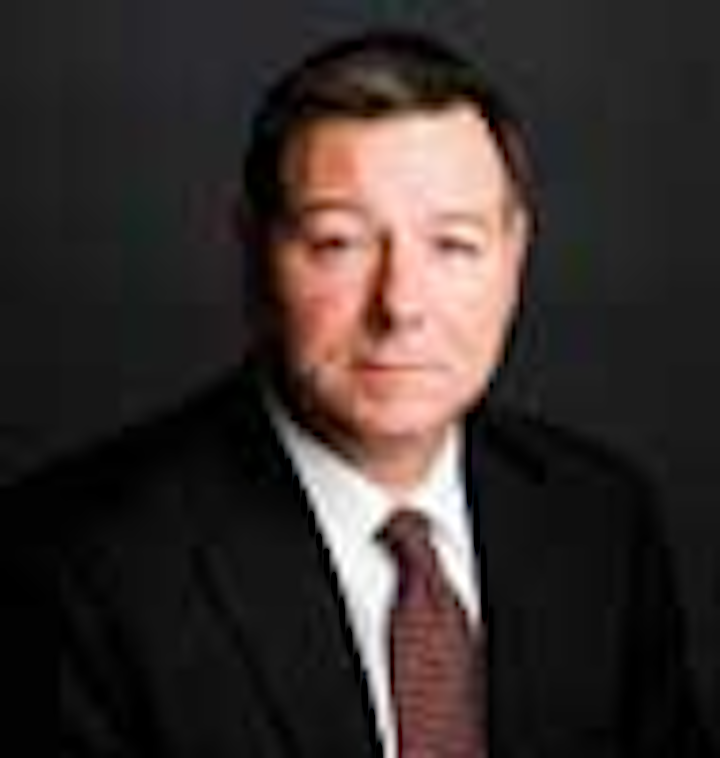 Last month in Washington DC, I happily accepted the chairmanship of the National Ocean Industries Association (NOIA), of which I have been a proud member for many years. NOIA is a unique and effective member-driven association which advocates on behalf of the entire offshore energy industry. The NOIA membership consists of all segments of the industry, including companies engaged in business activities ranging from producing to drilling, engineering to marine and air transport, offshore construction to equipment manufacture and supply, telecommunications to finance and insurance, and even renewable energy. Since NOIA focuses solely on the offshore energy industry, it is no surprise that the overarching issue driving the association's work is offshore access, or more to the point, the lack thereof.

NOIA was established four decades ago, and congressional and administrative bans kept our industry from exploring about 85% of the outer continental shelf (OCS) for nearly three of those decades. Those bans were lifted in 2008, and their absence finally laid our nation's entire OCS on the table for oil and gas exploration and possible development, and handed the Secretary of the Interior a golden opportunity to include more offshore areas in the 2012-2017 OCS Oil and Gas Leasing Plan.

Instead, the Obama Administration approved a plan that continues to lock up approximately 85% of the OCS to oil and natural gas exploration through at least 2017. Under the plan, industry is forced to continue to explore the same areas it has for the last three decades – in just 15% of the OCS.

Resource estimates for these areas are decades-old, due to the previously mentioned exploration bans. So while we know oil and natural gas is out there, we don't really know how much, and based on history in the Gulf of Mexico, chances are we will find a lot more than we think.

In the 1980s, scientists working both for private industry and the government significantly underestimated the resources available in the Gulf. In fact, thanks to industry-driven technological advances, we've since produced at least six times more oil from the Gulf than was estimated to exist back in the 1980s. And thanks to advancements in seismic and exploration technology, huge discoveries continue to be made in the Gulf. There may be similarly tremendous possibilities for the 85% of the OCS not included in the administration's new offshore leasing plan, but we won't know unless allowed the chance to look.

President Obama likes to promote his "all of the above" energy strategy and the need for science-based decisions with regard to energy and environmental policy. It is wise to incorporate the latest science and technology to pursue every energy option we have, and that includes exploring the Atlantic OCS. Thus, the Department of the Interior is preparing an Atlantic seismic environmental impact statement (EIS) to inform how best to proceed with a safe and environmentally protective assessment of the oil and natural gas resources beneath federal waters in the Atlantic.

The Atlantic seismic EIS will open the door to the collection of information that will allow us the opportunity to decide whether and where it may or may not be appropriate to explore for and extract oil and gas in the Atlantic. The DOI said the EIS would be completed by April 2012, but we are now an entire year past that date, and the environmental impact statement has yet to be completed. In an effort to speed things up, a bipartisan contingent of US House members recently sent a letter to President Obama pleading for the EIS's swift completion.

The potential benefits of exploration and possible production of offshore oil and gas resources in the Atlantic are huge. On top of increased domestic energy security, there is enormous potential for increased economic activity, increased revenue for government, and increased jobs. According to a recent report from the Institute for Energy Research, opening the Atlantic OCS to oil and gas activity could increase US economic output by nearly $8 billion per year from 2013-2021 and $33 billion each year thereafter. That not only means much needed revenue being pumped into our economy to pay down debt but nearly 40,000 jobs created each year for the first eight years and over 160,000 jobs created each year thereafter. That is over 1.44 million new jobs.

But we won't realize these benefits unless actual physical exploration and development occur. And that process can only take place if there are actual lease sales in the mid and south Atlantic or eastern Gulf of Mexico. This brings us back once again to the current offshore leasing plan, which restricts oil and gas exploration to a mere 15% of the OCS through 2017.

The need for oil and natural gas as a sustainable, reliable, and cost-effective source of energy is not going away anytime soon. Current projections of energy use for the next generation indicate that even with a much greater emphasis on nontraditional forms of energy such as wind, oil and natural gas will still be a major energy source and will be needed to supply the energy market and jobs. Nontraditional sources will only supply about 15% of our energy in 2035. The Energy Information Administration predicts that traditional energy will supply approximately 85% of our energy needs in 2035, with 58% of that being oil and natural gas. Nontraditional fuels cannot meet the energy demand for the foreseeable future, although they are a welcome supplement.

Clearly, offshore oil and natural gas are a vital part of an "all of the above" energy strategy. NOIA believes that this strategy should apply to more than the limited areas where exploration is currently allowed. We will continue to advocate for greater access to the 85% of the OCS that remains closed under the current offshore leasing plan and where the lack of modern seismic data leaves us guessing as to its true resource potential. Opening new offshore areas will open the door to new jobs, energy, and even more revenue to the federal treasury which could be used to help reduce the growing federal deficit.