The echoes of Macondo continue to resound throughout the oil and gas business around the world. 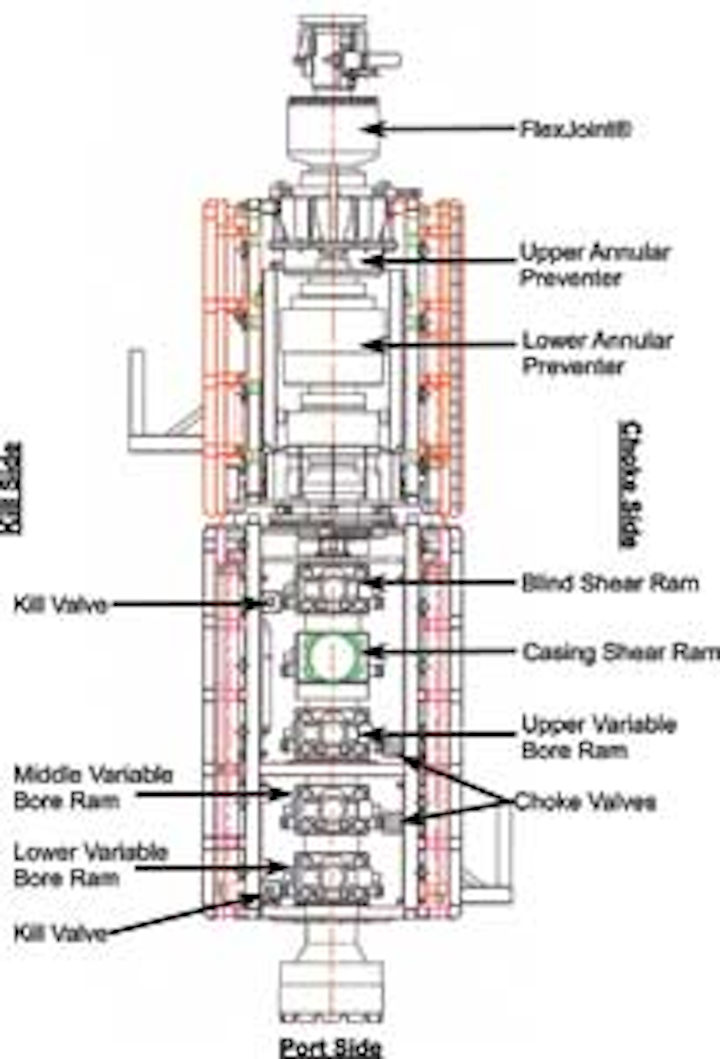 Work under way on new rules for SEMS

The echoes of Macondo continue to resound throughout the oil and gas business around the world. The tragedy brought to the fore references such as "SEMS" (I and II) and "asset integrity" and "BSEE" and "worst case" and others.

There remains some uncertainty about how to conduct the business of offshore exploration, drilling, and production in different parts of the globe and particularly in the US Gulf of Mexico where federal regulations historically have been prescriptive rather than performance based. BSEE has, however, expressed interest in moving toward more performance-based controls.

An example of these two types of approaches are found in the US Bureau of Safety and Environmental Enforcement (BSEE) and 30 CFR 254, which sets out operator requirements for meeting the risk of oil spills offshore, including everything from necessary equipment to response steps. In contrast, the Petroleum Safety Authority Norway defines what the outcome should be, but leaves the selection of methods mostly in the hands of the operator.

In a follow-up to its forensic examination of theDeepwater Horizon for the US Department of the Interior (discussed below), Det Norske Veritas has issued comments on enhancing offshore safety and environmental performance.

"The report compiles our global experience of major accidents and studies key factors necessary for improved offshore safety and the management of the associated risks, especially when entering more demanding areas," said Remi Eriksen, CEO of DNV Maritime and Oil & Gas. "It concludes that there are six important performance levers which we suggest should form the basis of all planning and execution of oil and gas operations. If achieved, this holistic framework should therefore lessen the probability of a major accident hazard, and thereby mitigate the risk."

The levers are as follows:

1. Performance-based regulations. Offshore operations are complex and often tailor-made for specific conditions. Therefore, safe adaption to local conditions, innovative approaches through performance requirements, and a risk-based approach supplemented by prescriptive regulations and standards are needed. An independent verification scheme should validate that the required performance is met.

2. Clear roles and responsibilities. Generally, many parties are involved in operations under a variety of contracts and subcontracts. It is of utmost importance that all the parties clearly understand their roles and responsibilities with regard to safety, and have common goals. The overall accountability for all operations should, however, rest with the operator or licensee.

3. Holistic risk approach. It is crucial to identify and understand the risks. These risks will be site, operation, and time specific. It is a challenge to maintain a holistic risk overview for a total field lifecycle. This is no less challenging when the numbers of involved parties at the different field life stages are considered. To ensure such a holistic approach to risk management, all parties need to access a tool that records up-to-date risk identification and provides a complete view of the risk exposures for an asset, asset cluster, project, or company. DNV also recommends an integrated approach to the consideration of safety and environmental issues.

4. Shared performance monitoring. Many parties usually are involved in the planning and execution of an offshore operation. To ensure effective risk management, they must share the same safety and environmental performance targets, monitor the same safety conditions, and have a common understanding of the status and effect of nonconformities and deviations.

5. Advanced barrier management. Investigations into major accidents indicate that usually the events were known risks, for which a number of safety measures had been planned and implemented. However, the accidents occurred as a result of multiple barrier failures, often in combination with a lack of or inadequate controls in certain areas. Accidents are prevented by always having relevant and reliable barriers in place. Barrier performance must be defined and status must be continuously monitored and acted upon in the event of deviations. Although preventive barriers are preferred, mitigating barriers are also important. In this respect, improved emergency response solutions are part of the portfolio of instruments to limit harm to people, assets, and the environment.

6. People, process, and plant. Safety and environmental performance cannot be assured through technical systems alone. Safe operations are the product of safe and reliable technology, an effective organization, a competent strong management, and motivated people who know the relevant risks, understand their role in managing those risks, and then effectively manage them. Therefore, the interaction between people, technology, and the organization must be taken into account when managing operational risk. Requirements regarding this interaction must be clear in all parts of the safety and environmental management system. However, such knowledge and experience within the industry may be decreasing as people, processes, and plants age, and obsolescence becomes an increasing concern.

The Code of Federal Register (CFR) 30 Part 250 – Oil and Gas and Sulphur Operations in the Outer Continental Shelf – Safety and Environmental Management Systems Final Rule is where SEMS originates. Both SEMS practices and others related to it are being written and rewritten with attendant changes in deadlines for compliance.

In 3Q 2013, BSEE proposed to tighten standards for offshore oil and gas production systems. If adopted, the new rules would require tougher life-of-field assessments of safety and pollution prevention equipment. The rules would encompass about 3,000 facilities on the outer continental shelf ranging from production caissons to the huge topsides on deepwater development structures.

Interested parties have until Dec. 5, 2013, to file comments on the proposed rules. As it stands at this writing, on June 4, 2015, all audits must comply with SEMS II. One contention between operators, suppliers, and BSEE is the fact that the information submitted with each audit will be open to public release under the Freedom of Information Act.

SEMS II clarifies and adds some elements to the process. The federally proposed new elements would strengthen the Stop Work Authority program, define who has the ultimate authority on site for operational safety, and require a plan of action showing how operator employees are involved in implementation of API recommended practices for developing a SEMS program (API RP 75). It also includes guidelines for reporting unsafe work conditions related to a SEMS program and the right for an employee to request an outside inspection of a facility if there is serious threat of danger, and requires operators to hire independent auditors to review and approve a SEMS program.

One potentially significant element of the new proposals is a change in the language regarding "best available technology" and the requirement to use it when BSEE decides it is economically feasible for a given installation. The change would allow the bureau to decide what technology is economically feasible for the specific application, but operators could ask for exceptions if the cost exceeds the benefits as determined by BSEE.

As part of the broader investigation, DNV was retained to evaluate the BOP and associated equipment to determine how the BOP performed during the blowout. To do this, DNV recovered and assessed drill pipe, rams, fluids, material from the BOP stack, and drilling riser. It also tested the hydraulic circuits, mechanical components, and BOP stack controls. Visual exam plus laser profilometry and mechanical/metallurgical testing of drill pipe also were ordered. DNV also reviewed the ROV videos, mathematically modelled the mechanical damage and drill pipe deformation, and developed possible failure scenarios.

The failure cause analysis was done around the determination that the blind shear rams within the BOP failed to close and thereby seal the well. The contributing causes included the following:

In summary, the primary cause of failure was the BSRs failing to close completely because a portion of drill pipe was trapped between the ram blocks. The position of the drill pipe led to buckling and bowing of the drill pipe in the wellbore.

DNV's recommendations following the failure study included study of the effects a loss of well control would have on tubulars in the wellbore; study the ability of the shear rams to complete their intended function of completely cutting tubulars regardless of their position within the wellbore; study the potential effects that undertaking certain well control activities (e.g. closing of the annulars, or closing of the VBRs) could have on the BOP stack; review and revise practices, procedures and/or requirements for periodic testing and verification of back-up BOP control systems, and how the back-up system could be vulnerable to a common mode failure; and review how the operation, state, or position of BOP components might be positively determined. In related determinations, DNV recommended a study of the conditions and equipment needed for an ROV to perform functions equivalent to the main controls.