The US Bureau of Ocean Energy Management (BOEM) plans to offer more than 20 million acres offshore Texas for oil and gas exploration and development. 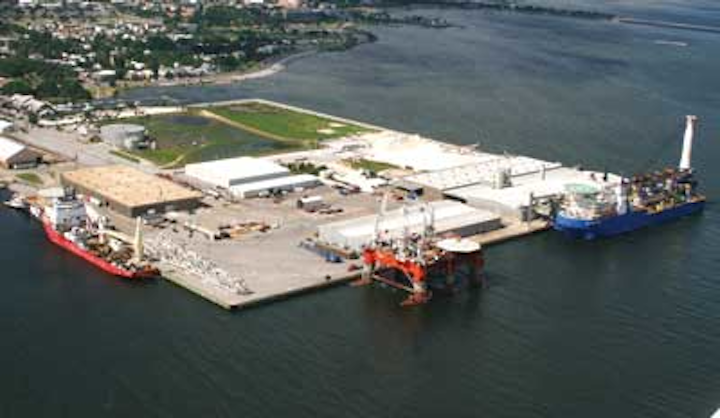 The US Bureau of Ocean Energy Management (BOEM) plans to offer more than 20 million acres offshore Texas for oil and gas exploration and development. This includes all available unleased area in the Western Gulf of Mexico Planning Area.

The proposed Western Gulf of Mexico Lease Sale 229, scheduled for New Orleans on Nov. 28, 2012, will be under the new Outer Continental Shelf Oil and Gas Leasing Program for 2012-2017 (Five Year Program).

This sale will build on other actions taken by the Obama administration to expand domestic oil and gas development, including two successful Gulf of Mexico lease sales within the past year.

Drilling operations have been completed, and the rig has been released. The well has been logged, and pressure readings and fluid samples have been taken in several Miocene objective sands. The data indicates approximately 240 ft of net condensate-rich gas pay in two gas sands that are full to base, as well as 40 ft of net oil pay in two sands that both encountered oil on water.

The partners plan to analyze the data from this well and develop a plan forward. Stone holds a 35% working interest in the project, and Apache Corp. is the operator.

A second deepwater exploratory well in the Gulf of Mexico has proved a bust, Cuban state oil company Cubapetroleo has announced. As reported by the Associated Press, the drilling operation carried out by PC Gulf, a subsidiary of Malaysia's Petronas, and Gazpromneft of Russia, concluded July 31 off the western province of Pinar del Rio.

Analysis of the findings revealed an "active petroleum system that could extend to other parts of the four blocks contracted by PC Gulf and Gazpromneft, and even beyond their limits," read the statement, which was published by Communist Party newspaper Granma.

"Nevertheless, at that point the rocks are very compact and do not have the capacity to deliver significant quantities of petroleum and gas," it continued, "so it cannot be qualified as a commercial discovery."

An estimated 5 Bbbl to 9 Bbbl of crude may be buried off Cuba deep below the Gulf of Mexico, according to geologic surveys, and authorities are hoping the reserves could be even bigger. Cubapetroleo said PC Gulf and Gazpromneft will study the geologic information gained from drilling the 15,300-ft (4,666-m) well to evaluate the potential of other parts of the four blocs they have contracted.

LLOG Exploration Co. LLC is reporting that two wells drilled earlier this year in the Gulf of Mexico discovered hydrocarbons. Son of Bluto 2 and Marmalard both were suspended pending completions.

Bluto 2 (Mississippi Canyon 431) was drilled to a TD of 18,500 ft and encountered an oil-bearing zone and a separate gas-bearing zone. The well was suspended pending completion in the first quarter.

Marmalard (Mississippi Canyon 300) was drilled to a TD of 18,100 ft and encountered two oil-bearing zones. The well was suspended pending completion in the second quarter.

A development plan for the discoveries is being worked by the partnership, which includes Ridgewood Energy, Red Willow Offshore LLC, Calypso Exploration LLC, Deep Gulf Energy, and Houston Energy.

Anadarko Petroleum Corp. has signed a joint-venture capital carry agreement involving the Lucius development project in the Gulf of Mexico.

Under the terms of the agreement with an unidentified party, Anadarko will be carried for $556 million, which is estimated to represent 100% of its expected capital obligation through the anticipated date of first production at Lucius.

In exchange, Anadarko will convey a 7.2% working interest in Lucius and will continue as operator with a 27.8% working interest. The agreement is expected to close during 3Q 2012, with an effective date of Jan. 1, 2012, subject to a variety of approvals.

The project is being developed using a truss spar floating production facility that is currently under construction. The spar is being built with the capacity to produce more than 80,000 b/d of oil and 450 MMcf/d of natural gas.