Interest in oil and gas exploration offshore Greenland remains strong despite a lack of commercial discoveries. 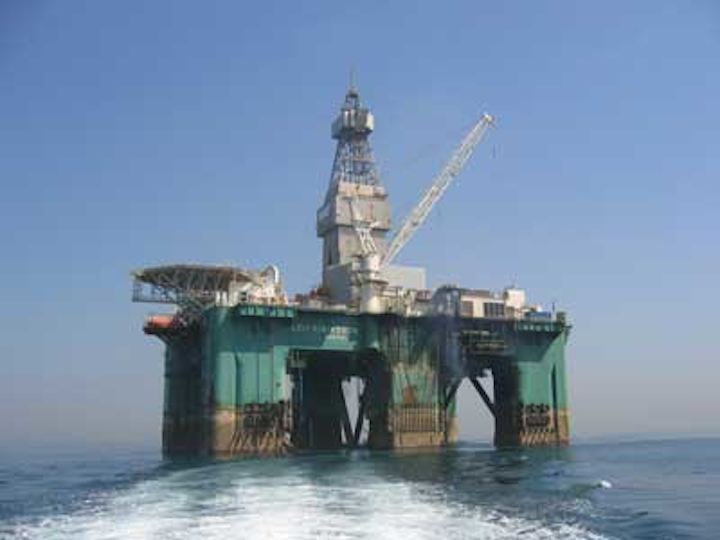 Interest in oil and gas exploration offshore Greenland remains strong despite a lack of commercial discoveries. Licensees continue to work toward drilling decisions on licenses off the west and south coasts, and the Bureau of Minerals and Petroleum (BMP), the country's regulatory and licensing body, is optimistic there will be a good response to its current licensing round for virgin acreage off the northeast coast.

Commenting on Cairn's four-well campaign last year, acting BMP director Jørgen Hammeken-Holm said, "This was very positive for us, as they found proof of an active hydrocarbon system. We had all the ingredients before but we needed proof of the system."

The four wells – LF7-1 in Lady Franklin block, AT7-1 in Atammik block, Delta-1 in Napariaq block, and Gamma-1 in Eqqua block – all lie off the west coast. Cairn was also upbeat about the results, reporting that "… oil and gas shows across multiple basins and reservoir-quality sands in the Atammik block."

The Greenland Sea licensing round, which covers 50,000 sq km (19,305 sq mi) of acreage off the northeast coast, is the first for the east coast area. For the US Geological Survey, this is one of the focal points of Arctic exploration, with estimated undiscovered resources in the East Greenland Rift basins of 8.9 Bbbl of oil, 86.2 tcf of gas, and 8.1 Bbbl of natural gas liquids.

The round is split into two parts. The first, covering 30,000 sq km (11,583 sq mi), is reserved for the members of the Kanumas group – BP; Chevron; ExxonMobil; Japan Oil, Gas and Metals National Corp.; state oil company Nunaoil; Shell; and Statoil – which were granted preferential rights for undertaking seismic surveys off both northeast and northwest Greenland in the 1990s. The overall acreage is split into 19 blocks, of which 11 are on offer to the Kanumas members. The deadline for applications is mid-December. The BMP is due to award licenses in mid-March 2013.

In the second part of the round, the remaining acreage, including any not taken up by the Kanumas group, will be offered to all interested parties. Applications are due by mid-October 2013 and awards will be made in mid-January 2014.

The licenses are for an initial exploration period of 16 years, extendable by a further 30 years in the event of production. That compares with an exploration period of 10 years for licenses off the west coast. The difference is due to the fact that conditions are much harsher off the east coast, with ice present much of the year, and in some places, all year round. For this reason production is considered not technically feasible in some places at present, according to Hammeken-Holm.

Consideration is being given to allow drilling even when ice is present, he says, but this would depend on finding acceptable ways of managing the ice. Greenland has a tough regime in terms of safe and environmentally responsible offshore operations. A condition for Cairn's drilling campaign last year was that it used two rigs, so in event of a blowout, the second rig could be mobilized quickly to drill a relief well. Another condition was that drilling should end two months before the onset of winter ice formation, so that if a relief well had to be drilled, there would be time to do so.

The next drilling is expected to take place in 2014. Cairn says it is targeting a well in 2014 on its Pitu license in Baffin Bay, and Husky, which has acreage in the Disko region, is also thought to be considering drilling in 2014. Shell, which operates the Anu and Napu licenses in Baffin Bay, is unlikely to drill on them before 2015 or 2016.

Meanwhile, licensees are busy acquiring geological information on which to base drilling decisions. This season Shell has been active gathering seismic data over its acreage and has drilled seven shallow boreholes on behalf of a consortium comprised of ConocoPhillips, GDF Suez, Maersk, and Statoil.

Armed with 3D seismic data and the results of a seabed geochemical survey, Cairn has identified two main prospects on Pitu with gross mean unrisked resources estimated at 680 MMbbl and 267 MMbbl, and initial estimated probability of success of 22% and 17%, respectively. Looking to reduce its financial exposure, the company also has agreed on a farm-in with Statoil, which will acquire a 30.63% working interest in the Pitu license, leaving Cairn with 56.88%. The remaining 12.5% is Nunaoil's carried interest. While Cairn retains the operatorship, Statoil will operate any development.

Statoil, which drilled the unsuccessful Qulleq-1 wildcat in the Fylla area in 1999-2000, is also a partner in Shell's two Baffin Bay licenses adjacent to Pitu.

The company is in the early stages of designing a fit-for-purpose drilling unit for Arctic waters, which could clearly be relevant to its activities in Greenland. The project, which follows the development of other fit-for-purpose rig designs for the Norwegian continental shelf, is still in the concept phase and no investment decision has been made, according to a spokesman.

"We are looking at a concept that can operate in a wide range of water depths across the Arctic and will involve integrated operations in drifting ice," he said. A drillship would have certain advantages in ice-prone seas, he acknowledged, but stressed that all options remained on the table.