Colombia has seen a dramatic increase in oil production in recent years following a period of steady decline. 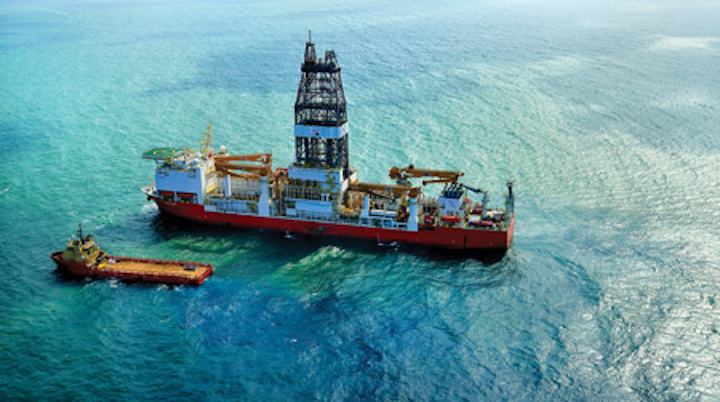 Colombia has seen a dramatic increase in oil production in recent years following a period of steady decline. The government has enacted a series of regulatory reforms to make the sector more attractive to foreign investors, and it has also implemented a partial privatization of state oil company Ecopetrol in an attempt to revive its upstream oil industry.

Ecopetrol officials say that the company will focus on about 20 oil fields that produce 80% of its onshore crude and have output costs of between $7 and $17/bbl, leaving wells with higher extraction expenses to other companies, Echeverry said. The company, which is 88% owned by the government, also will focus its efforts in areas like the Gulf of Mexico.

"Obviously the marginal fields will be left to other companies and we'll concentrate on our key fields," Echeverry said after taking the helm of the $55-billion company. "We have to be very selective about where we invest - Colombia's coast, the Gulf of Mexico, and key production in the country to keep cash flow - are the three priority focuses at this moment," he added. He also noted that the company had cut its 2015 investment plan by 26%, to $7.86 billion.

While most of Colombia's oil and gas-related activities are taking place onshore, exploration and production in the country's offshore areas have been ramping up over the past year or so.

Several offshore and unconventional blocks were included in the 96 blocks put out to tender in last year's Ronda Colombia bidding round. Last summer, 19 companies bid on 26 of 95 blocks offered by Colombia's Energy Ministry and National Hydrocarbons Agency, including Royal Dutch Shell Plc, ExxonMobil Corp., Anadarko Petroleum Corp., and Repsol SA. These blocks were expected to bring in $1.4 billion in investment.

But the auction drew bids for fewer than one-third of the blocks it offered, with most interest in the more familiar and explored regions. Nevertheless, government officials described the results as positive. "This is a round of frontier areas," Orlando Cabrales, vice minister for energy, told reporters. "Companies are cautious in frontier areas. These are very unexplored areas."

Officials had estimated that 40% of the blocks would be auctioned off, and some participants expressed surprise that there was not more interest in offshore blocks or high risk high-reward areas for which little research exists.

Cabrales said the oil round took place at a time when the oil industry is focusing more on assets offering short-term returns. Consistent with that, smaller, more familiar areas drew the strongest bidder interest.

Despite the lower-than-expected interest in last year's bid round, a number of operators are moving forward with plans to develop fields offshore Colombia. The country's acreage in the Caribbean Sea has become increasingly active.

Late last year, Petrobras announced that it had discovered natural gas at the Orca-1 exploratory well in the Tayrona block, located in Colombian Caribbean deepwater, 40 km (25 mi) off the coast of La Guajira, Colombia. Well drilling had ended in September, with natural gas accumulation confirmed at 3,600 m (11,811 ft), representing the first discovery in the history of exploratory drilling in Colombian Caribbean deepwater. Petrobras is the operator of the block, with 40% interest, in partnership with Ecopetrol (30%), and Repsol (30%).

In July 2014, Statoil announced that it had been awarded interest in the COL4 license. Repsol is the operator with a 33.34% equity interest. Statoil and ExxonMobil Exploration Colombia each hold 33.33% interests in the license.

Anadarko is one of the most active companies operating off Colombia. Anadarko Colombia Co. (ACC) says it has partnered with Ecopetrol in the early phases of deepwater exploration for oil and natural gas resources. ACC holds interest in approximately 16 million acres across nine blocks offshore Cartagena.

In late 2012, Ecopetrol and Anadarko announced plans to join exploration efforts in Colombia's Caribbean Sea. Under the terms of that deal, Anadarko will own 50% of Fuerte Norte and Suerte Sur blocks offshore Colombia, and the two companies have won a concession to explore the Purple Angel block. The three blocks total 2.55 million acres (10,320 sq km/3,985 sq mi). Plans called for seismic work over the next two years, with drilling commencing at the end of 2014. This work is now underway.

ACC plans to drill two exploration wells in 2015, each in water depths of greater than 1,600 m (5,250 ft). The drilling program will be carried out by a state-of-the-art dynamically positioned drillship. Anadarko says that these activities are among the first to test the country's deepwater potential. •

At least one promising project scheduled for development offshore Colombia may have gone by the wayside. In 2012, Pacific Stratus Energy (PSE) Colombia contracted Exmar Offshore Co. to build, operate, and maintain a floating liquefied natural gas unit for the Colombian Caribbean coast.

PSE, a subsidiary of Canadian company Pacific Rubiales Energy, planned to develop what was expected to be the world's first floating LNG plant, to be located off Colombia's northern coast. The plan was for PSE to pipe gas from its onshore La Creciente field to the Exmar-owned FLNG unit. Pacific Rubiales signed a preliminary deal with Gazprom in November 2013 to sell 0.5 mtpa of crude-linked LNG from the plant to the Russian giant.

The unit, subsequently namedCaribbean FLNG, has been built and is undergoing final stages of construction at the Wison Heavy Industry's shipyard in Nantong, China. It was originally expected to commence operations in the second half of 2015.

But recently, an official with Pacific Rubiales said that the company had postponed its startup beyond 2015, and indicated that it could be cheaper to relocate the liquefaction barge outside the country. "We are looking at various alternatives which would represent lower capex commitment, in order to improve the overall returns," said Peter Volk, general counsel for Pacific Rubiales, in an interview withInterfax. "These include locations not only in Colombia but also other countries," he added.

Officials with Exmar have also said that unfavorable market conditions would delay the project, but added that Pacific Rubiales would take delivery ofCaribbean FLNG in the second half of this year.

Volk said the plant's postponement beyond 2Q 2015 "simply represents a delay in the startup, not in any way a cancellation of the project." He added Pacific Rubiales expected the delay to be short-lived and remained committed to the project. The delay, he said, was "mainly because of the low oil price environment as LNG pricing is typically linked or referenced to benchmark oil prices."