This past March, Pemex filed with the Ministry of Energy the list of fields that it wishes to retain in a process called "Round Zero." 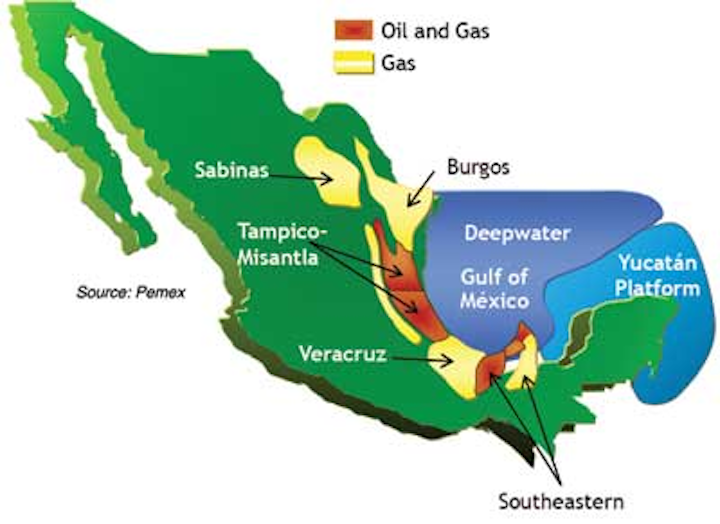 This past March,Pemex filed with the Ministry of Energy the list of fields that it wishes to retain in a process called "Round Zero." The request includes 83% of Mexico's 2P reserves (20.6 Bboe) and 31% of its 3P reserves (34.5 Bboe). The offshore requests include most of the fields and prospective areas in shallow water as well as the deepwater fields in the Gas basin and Perdido area (Mexico's deepwater holds the great percentage share of its prospective resources which amounts to about 26.6 Bboe). 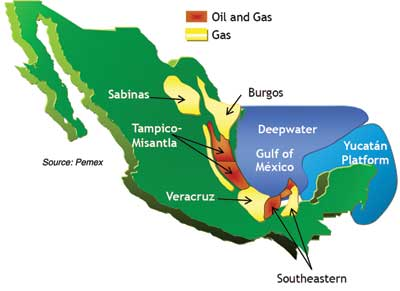 Pemex will need to prove "investment, technical, and execution capability" in order to retain its selections. The Ministry of Energy, with technical assistance from the National Hydrocarbons Commission (CNH), has until Sept. 17 to approve the Round Zero proposals. Once the resolution of the entitlements has been issued, Pemex may propose to the ministry the migration of allocated entitlements into new contracts with partners. The areas that have not been claimed by Pemex would default to the government and could be available for a future bid round. If Pemex's request is granted in full, about 78.3 Bboe of the state's 3P reserves and 4.2 Bboe of its 2P reserves would be available.

TheRound Zero submission is one of a number of milestones en route to the inaugural oil and gas bid round which is expected in the first half of 2015. The open bid round is a necessary step in Mexico's quest to attract the private investment, technology, and procurement capability needed to help stabilize its production curve. Despite the state's increasing investment in domestic exploration and development, Mexican oil production has declined from 3.4 MMb/d in 2004 to 2.5 MMb/d in 2012. Its proven reserves have declined as well.

This "internationalization" process cleared its greatest hurdle this past December when the Mexican congress approved the constitutional energy reform that would open the oil and gas sector to private participation for the first time in more than 75 years.

But, a number of challenges remain, including the much anticipated implementing legislation (Secondary Law) which was expected to be approved in late April. While the ownership of hydrocarbons in-place will remain the exclusive property of the state, contracts to explore, develop, and produce hydrocarbons would be allowed under the implementing legislation and related regulations. The range of contracts includes licenses, production sharing, profit sharing, and service contracts. To be determined are what form those contracts will take, and whether they will prove attractive to international oil companies.

Meanwhile, a top priority for the new regulatory regime in the months ahead is to prove it can adapt to international standards and provide sufficient transparency throughout the E&P contracting and regulatory processes. "We want to provide certainty, stability and predictability," Juan Carlos Zepeda, president of CNH, said at a recent Greater Houston Partnership event. "I want you to feel in Mexico that we are an extension of the international oil industry."

To respond to articles in Offshore, or to offer articles for publication, contact the editor by email(davidp@pennwell.com).