Oil & gas in Mexico in transition

Mexico's oil and gas industry is at a turning point. Events are in motion that may completely change the way exploration and development prospects are executed. The moves would affect operations in the Gulf of Mexico south of the Transboundary Hydrocarbons Agreement line signed between the US and Mexico. The biggest change came last year when the Mexican government amended the constitution to allow direct foreign participation in E&P in Mexico. 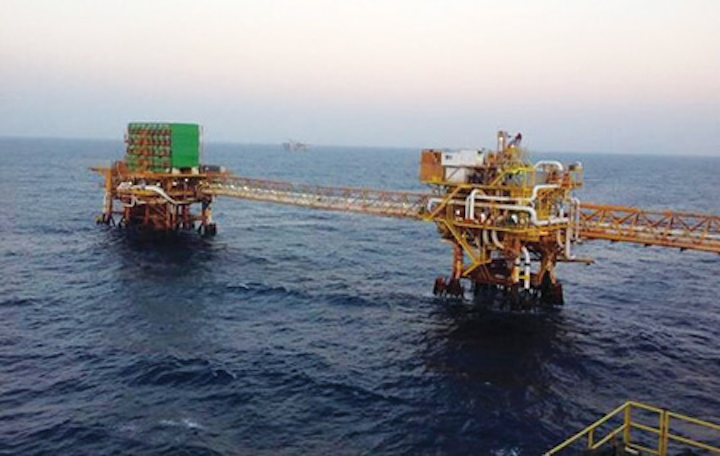 Mexico's oil and gas industry is at a turning point. Events are in motion that may completely change the way exploration and development prospects are done. The moves would affect operations in theGulf of Mexico south of the Transboundary Hydrocarbons Agreement line signed between the US and Mexico.

The biggest change came last year when theMexican government amended the constitution to allow direct foreign operator participation in oil and gas E&P activities in Mexico. For decades 100% of the resources were held by the country via PEMEX, and no other operators were allowed. While the constitution still prohibits foreign concessions, it does make possible production-sharing and profit-sharing agreements, if secondary legislation allows them.

At the time of this writing, the international oil and gas industry is waiting to see what is contained in the new rules that codify the specific operational changes, and to learn what Mexico's Congress has to say about implementing new practices.

According to reports, the first of the new regulations may be passed in July, depending upon the success of efforts by reform opponents to block the reform. If the opposition succeeds in stopping approvals of the proposals, it could delay reform until a referendum is offered in the June 2015 elections.

The original target for passage of the new rules that would define how the reforms would be implemented was the end of last month – June 2014 – but there could be some slippage. The upper house pushed back its vote on the rules to June 25, for instance, from the original date of about June 17.

The details of these rules as passed will be critical to how international operators respond to the opportunities suggested by the constitutional amendment, and will be vitally important to whether the amendment actually brings about reform in Mexico's oil and gas market. Until that is clarified in a dependable manner, industry is likely to be cautious in responding to the reform efforts.

Mexico's long-term decline in production and reserves replacement is at the eye of the storm. From 2004 to 2012, PEMEX production declined from 3.4 MMb/d of oil to 2.5 MMb/d while capex went up from $4 billion to $20 billion in the same time span.

Expectations are that the new regulations will:

• Define how PEMEX will be assigned holdings

• Define how contracts with PEMEX and private operators will be let

• Let the CNH define the regulation.

The new laws also are expected to define how the Secretaría de Energía (SENER) selects areas to open for bidding; defines model contracts and a contracting scheme; and approves plans for exploration and development.

The Ministry of Finance would establish and economic and fiscal terms for E&P contracts. As proposed in the new laws, license contracts will require that the state be paid in cash a signing bonus, exploration phase fees, royalties, and a percent of any operating profits or the contract value of the petroleum.

SENER, with approval from the Ministry of Economy, would set national content minimums for each contract. This acceptable percent would be established in the bidding terms. This percentage is under discussion as lawmakers debate the overall set of rules.

The CNH would establish and manage a National Center of Information that would hold all geological, geophysical, and survey data collected by PEMEX or other state entities, and also by private parties.

Plans are in place for an inaugural open bid round in June 2015 that would have both onshore and offshore areas, including deepwater tracts. PEMEX gets first pick of the areas in what is referred to as "Round Zero," ahead of other interested parties, and has submitted its requests. Those requests would allow PEMEX to retain 100% of the existing producing areas, 83% of Mexico's proven and possible reserves, and 31% of the prospective totals.

PEMEX has to prove it has the investment resources as well as technical and project capacities to retain its early selections. Those areas that PEMEX does not claim go back to the government for possible inclusion in subsequent bid rounds. The energy minister and CNH are supposed to have until mid-September of this year to respond to PEMEX's selections.

Offshore will, of course, continue to monitor the circumstances and to deliver all the most pertinent and latest updates regarding Mexico's efforts to reform its oil and gas market.