Statoil starts up Byrding in the North Sea

Statoil has started production from the Byrding field development in the Norwegian North Sea. 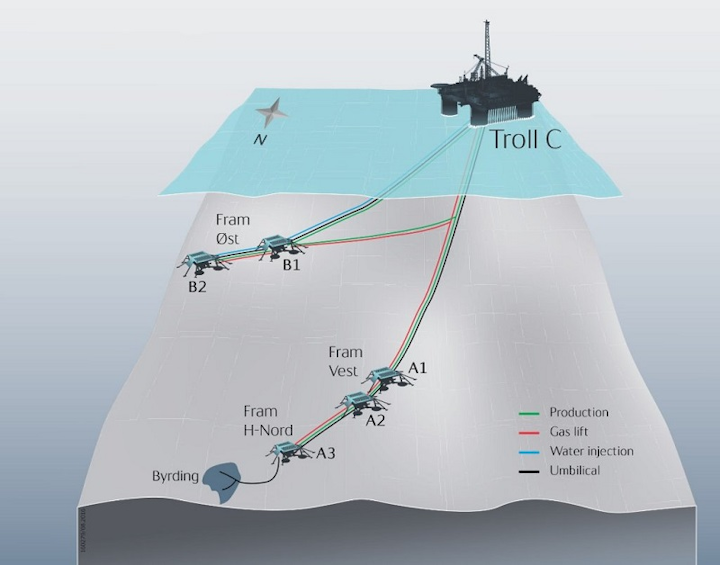 STAVANGER, Norway – Statoil has started production from the Byrding field development in the Norwegian North Sea.

Byrding is an oil and gas field north of the Troll field in the North Sea. Project costs are around NOK1 billion ($126 million), less than one-third of the original estimate.

Development involved drilling a 7-km (4.3-mi) dual-branch multilateral well from the Fram-H Nord subsea template, from where produced oil and gas flow south to the Troll C platform. After processing, the oil is routed through existing pipelines to Mongstad and the gas via Troll A to Kollsnes.

Statoil, which increased its stake in the field to 70% last October on acquiring Wintershall’s 25% share, estimates recoverable reserves at 11 MMboe.

Other partners are Engie E&P Norge and Idemitsu Petroleum Norge.