BSEE responds to oil release in the Gulf of Mexico

BSEE is responding to a report of an oil release approximately 40 miles southeast of Venice, Louisiana. 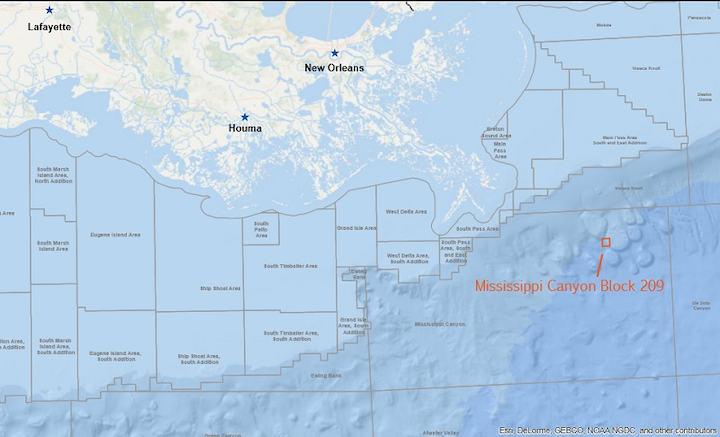 NEW ORLEANS –The Bureau of Safety and Environmental Enforcement (BSEE) is responding to a report from LLOG Exploration Offshore, LLC of an oil release from subsea infrastructure in 4,463 ft water depth in the Gulf of Mexico, approximately 40 miles southeast of Venice, Louisiana.

The offshore oil and gas operator, LLOG Exploration Offshore, LLC reported to BSEE that production from the field that flows through the subsea infrastructure is shut-in at this time. The release of oil has ceased. A sheen was observed and reported through the National Response Center. Monitoring of the residual sheen continues. No shoreline impacts have been reported. There are no reports of personnel injuries.

LLOG has also reported that two skimming vessels sourced from Clean Gulf Associates and the Marine Spill Response Corp. are on location and are prepared to respond.

The location of the release has been identified. LLOG reported that through the use of a remotely-operated vehicle, a fracture was observed in a jumper pipe leading from Mississippi Canyon block 209, Well No. 1 to a manifold located on the seafloor. As a result of shutting in the well, the flow through the fracture in the pipe has ceased.

Two BSEE inspectors have traveled to LLOG’s Delta House platform and have initiated BSEE’s investigation. The agency says it is coordinating with the US Coast Guard on the response. BSEE says that more information will be provided as it becomes available.