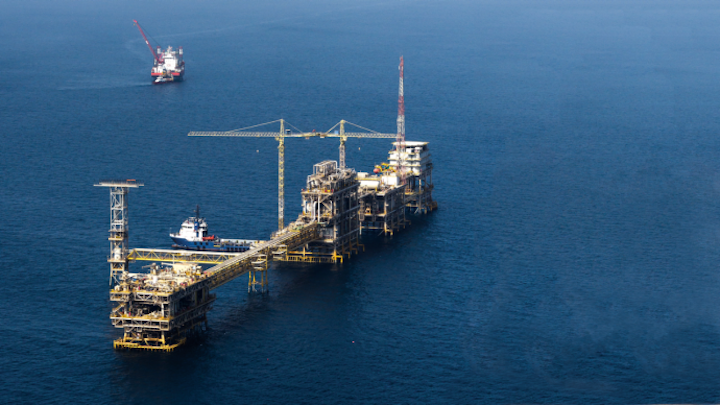 This followed several months’ intensive work on the plant’s platforms. A 48-strong team from the Safaniyah Offshore Producing Department (SOfPD) led the campaign, which brought the plant online after a 21-year suspension of operations in theZuluf field, which was discovered in 1965.

Aramco had suspended GOSP-3 in 1995, with demand for Arabian Medium crude oil low at the time.

After a thorough study and evaluation of the facilities, the team determined that weather conditions in the harsh marine environment would make it economically disadvantageous simply to bring the existing GOSP back online, as much of the equipment, instruments, and devices on the GOSP had suffered rust and become unfit for operation.

Last August SOfPD started to de-mothball with a view to completing the program within 12 months. However, a growing demand for oil caused the schedule to be speeded up.

“We also efficiently rebuilt all service utilities, including energy, air, and water systems using our internal resources…and repaired and reconfigured the fire protection system and gas and smoke detection systems, in view of our concern for the safety of the employees and properties.”

At the same time, the team renovated the residential platform. Ultimately, GOSP-3 came back online by May 19, 2017, four months ahead of schedule. The plant continues to separate gas from oil, pumping it to Safaniyah onshore plants for further processing.

All of Zuluf’s four GOSPs produce collectively around 700,000 b/d of oil, but can be optimized to deliver 800,000 b/d - among the world’s highest production rates for an offshore plant.

Among the safety features are large escape survival capsules located outside the control room, each comprising a rescue boat that can carry 50 people to safety in an emergency.