Dana Petroleum has replaced the nine mooring chains connected to the Triton FPSO in the UK central North Sea. 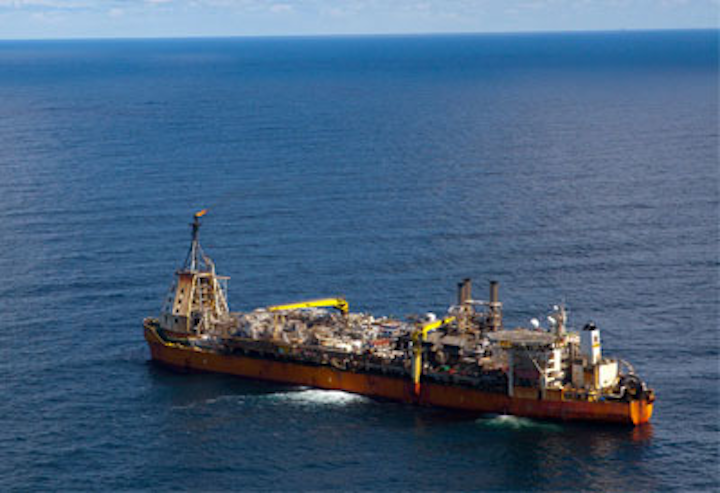 ABERDEEN, UK – Dana Petroleum has replaced the nine mooring chains connected to the TritonFPSO in the UK central North Sea. The change is expected to allow the vessel to continue operating well into the next decade.

Nine chains, each weighing 150 metric tons (165 tons), were replaced in 24 days by a team from Dana, InterMoor, Subsea 7, Wood Group PSN, Optimus, and three specialist vessels. The work was completed less than a year after project approval.

Triton, 120 mi (193 km) east of Aberdeen, produces oil and gas from the Bittern, Guillemot West and North West, Clapham, Pict, and Saxon fields. It began serving the Bittern field in April 2000, and recently produced its 200 millionth barrel of oil.

Dana was a partner in Bittern from 2010 andbecame operator of Triton in October 2012. The other partners are Shell UK, Esso Exploration and Production UK, and Endeavour.