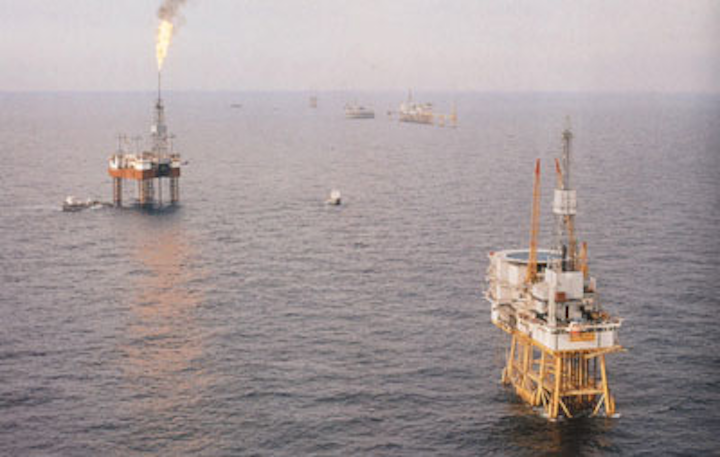 TANANGER, Norway – ConocoPhillips Norge has shut down Ekofisk 2/4A, the longest-serving oil production platform offshore Norway. It began producing from the Ekofisk field in the southern Norwegian North Sea in spring 1974.

Ekofisk 2/4A’s steel jacket was built in France. To speed development, construction of the field’s first platforms was spread across multiple locations and countries.

Until 1996, the platform had a crew of around 35 people, but it has since been remotely monitored – initially from the control room on the Ekofisk 2/4 K platform, and more recently from ConocoPhillips’ onshore operations center in Tananger. An eight-strong maintenance team has visited 2/4A daily.

Now that production has stopped, preparations for P&A’ing 23 wells have started. The jackupRowan Gorilla 6 will start this program early next year and the work is expected to be completed in 2016.

Elsewhere on the Ekofisk field, the new Z17 well has been drilled and is ready to start producing from the same reservoir zone as 2/4 A when the newly installed platformEkofisk 2/4 Z platform enters service toward end-2013. This facility will have 35 production wells.