Crude oil prices ended 2015 below $40/bbl, the lowest level since early 2009, according to the US Energy Information Administration’s “Today in Energy” brief dated Jan. 6, 2016. 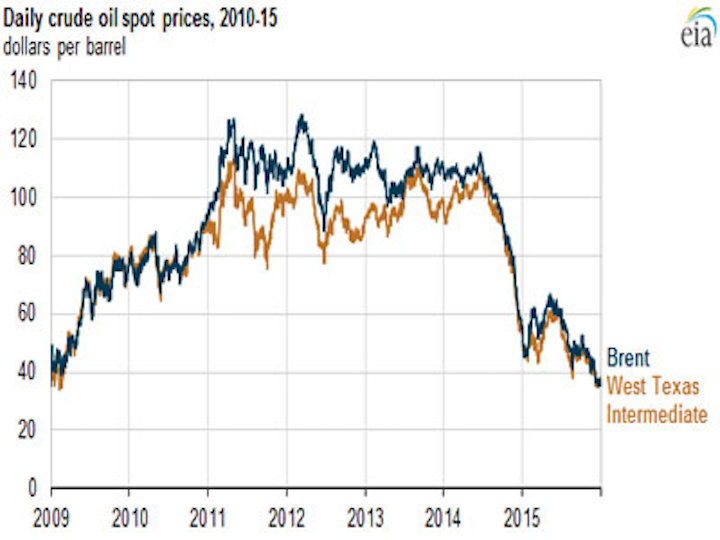 WASHINGTON, D.C.– Crude oil prices ended 2015 below $40/bbl, the lowest level since early 2009, according to the US Energy Information Administration’s “Today in Energy” brief dated Jan. 6, 2016.

Lower crude oil prices in 2015 reflected the sustained excess of crude oil supply over global demand. As a result, global crude oil and other liquids inventories increased steadily through the year. Global inventories increased in each quarter of 2015, with a net inventory build of 1.72 MMb/d, the highest rate since at least 1996, the EIA report said.