Det norske oljeselskap aims to pursue standalone offshore developments that can be economic even below $40/bbl. 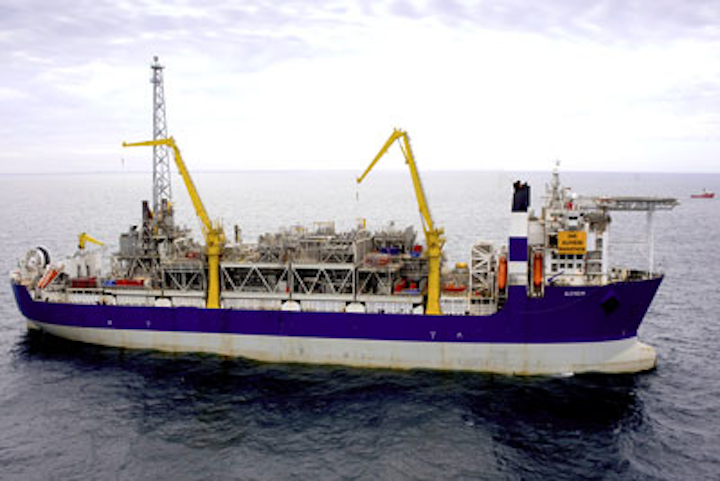 TRONDHEIM, Norway – Det norske oljeselskap aims to pursue standalone offshore developments that can be economic even below $40/bbl.

CEO Jonny Hersvik said the company planned to “challenge, think differently, and adapt to reduce exploration, development, and operating costs to a minimum, including reduced drilling costs. This is the competitive advantage we will use to continue growing on the Norwegian shelf.”

This year Det norske plans capex on itsoffshore Norway projects of $925-975 million, and to spend $160-170 million on exploration. It anticipates production costs (including shipping and handling) of $8-9/boe.

By 2020 the company is looking to be established as a leading exploration player on the Norwegian shelf, discovering a further 150 MMboe, partly through improved data coverage and technology.

This year the company’s exploration focus is on the Krafla/Askja cluster in the Norwegian Sea, the Tampen area in the North Sea, the Loppa High and the area adjacent to the Ivar Aasen field in the central Norwegian North Sea.

It will participate in seven exploratory wells, operating the one on the Rovarkula prospect in license PL 626. Total operates Det norske’s current well on Uptonia in PL 554 B and C.

Ivar Aasen, Det norske’s first major operated development with total costs of around NOK 27.4 billion ($3.09 billion), is expected to begin production during 4Q. The platform’s steel jacket has been installed while the deck is 92.5% complete at SMOE’s yard in Singapore.

As for theJohan Sverdrup field (Det norske 11.5733%), anticipated costs for the full-field development are expected to come down to NOK 160-190 billion ($18-21.45 billion), and the partners have agreed on debottlenecking proposals for the Phase 1 production scheme, with a view to increase production capacity beyond the upper end of the estimate of 315,000-380,000 boe/d in the development plan.

This year Det norske will put in place a new project execution model that should lead to a 50% reduction in the number of engineering hours per metric ton for its new platforms and a 25% decrease in execution time.

Finally, since assuming operatorship of the Alvheim area fromMarathon Oil in 2014, Det norske has achieved average production of 60,000 boe/d through the AlvheimFPSO. The company plans further development of resources in the area, in part via improved oil recovery.