After many years of decline, production of petroleum and other liquids in the UK increased by about 100,000 b/d in 2015, according to the US Energy Information Administration. 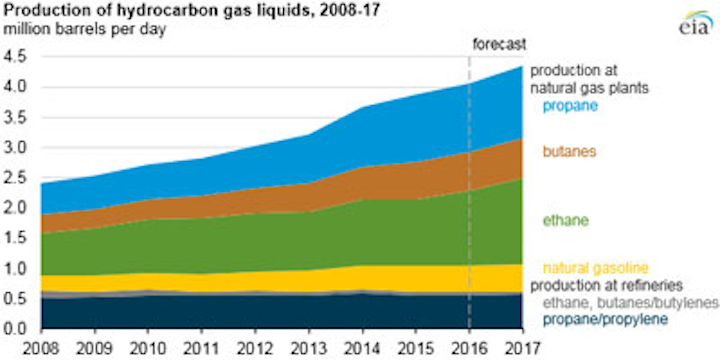 WASHINGTON, D.C.– After many years of decline, production of petroleum and other liquids in the UK increased by about 100,000 b/d in 2015, according to the US Energy Information Administration.

According to the EIA, a similar year-over-year increase inproduction volumes has not occurred since 1998, when petroleum and other liquids production grew by slightly more than 100,000 b/d.

The UK is the second-largest liquids producer in Europe (afterNorway), producing 1 MMb/d in 2015, the EIA continued. This amount is large among European countries but small in the global market, and the UK remains a net importer of petroleum and other liquids.

In response to current low oil prices, UK producers have begun to slow plans for new development. Given the long lead times associated with offshore production, this will likely have ramifications in the two-to-five year timeframe (2018-2021).

The current lull in both new field approvals and incremental development approvals could lead to significant production declines in the UK in 2018 and beyond. However, in 2016 and 2017, several already-approved fields where investment is already committed are expected to begin production, at least partially offsetting production declines from existing fields, the note concluded.