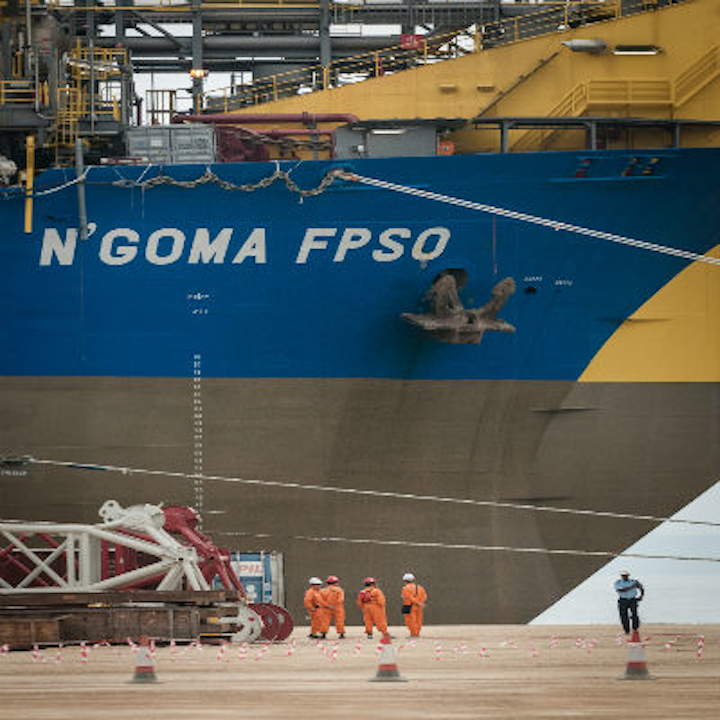 Following successful first oil in November 2014 and completion of the 72-hour continuous production test in early December, PRN goes into effect retroactively as of Nov. 28, 2014. The vessel is on hire from that date onward.

The FPSO is owned by Sonasing and operated by OPS, a joint venture company formed by SBM Offshore (50%) and Sonangol (50%).N’Goma was previously on hire as FPSO Xikombaand was disconnected in 2011 from block 15 offshore Angola after eight years of operations.

SBM Offshore converted FPSOXikomba, renaming it N’Goma, at the Keppel shipyard in Singapore before the vessel set sail for the Paenal yard in Angola where it completed the final scope of work on time.